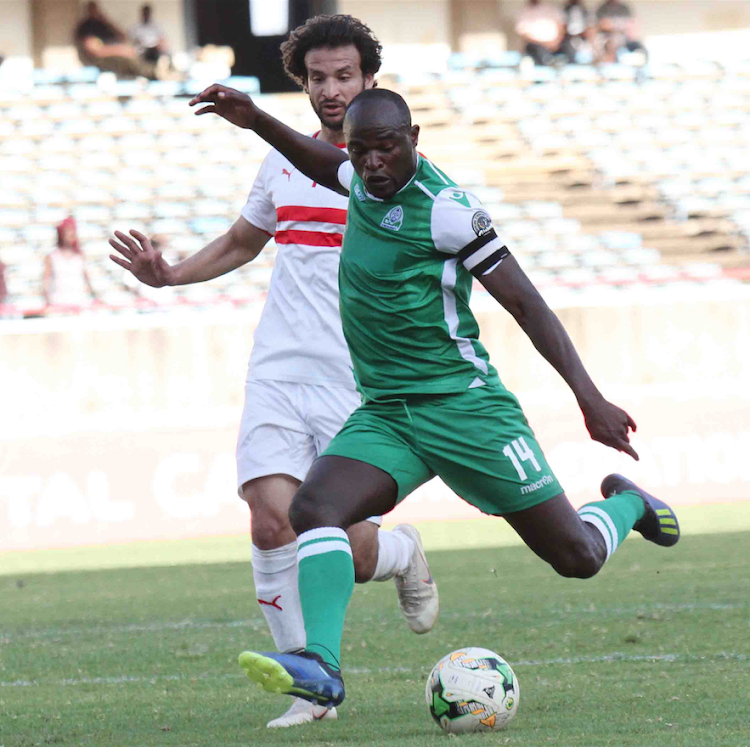 Former Gor Mahia striker Dennis Oliech shoots under a challenge from Ibrahim Mahmoud of Zamalek during a past match.
Image: /OLIVER MORGAN

Dennis Oliech has narrated how lonely it was in Qatar when he was first recruited into a football club.

Speaking to Jalango TV, he said he spent three frustrating months in the country just training and not being allowed to play.

"I would run away, pack my bags and head to the airport, but the officials there would ask for an exit letter from my employer. I did not have that because I was running away. I would return to the hotel room dejected."

Oliech added that he would cry at night, wondering what to do. "I have come from poverty, how can I go back? I would cry daily. I know how to play ball but they are not letting me play," he said.

After three months, he was given a chance to play. "The next day I was told I have a new name and told I’m playing. I did not care much that I was not using my name as long as I was allowed to play," he said.

"The bus came and took us, I got to ride with Taribo West in the bus, I was even given the tracksuit for the team. Previously I would look at them and go upstairs and watch them. Before the game began, they called Ferahan Mesad. I did not know who it is. It is later I was told that is me. I could not even pronounce the name."

He got to the field and conquered it. That day, his team won after many losses.

"The sheikh was happy but I’m thinking to myself, ‘What was this and I was here for three months on the bench with you getting beaten by other teams?'"

That was how Oliech's journey in football started.

After the first day on the field and the success, his star rose to a point where the Qatari national federation wanted Oliech to play for their national team. He had to take on their nationality and renounce his birth country.

Oliech explained why he did not take the offer.

"I was told to change my citizenship and get paid Sh800m. They gave me an hour to make the decision. I was asked to call my family and tell them that I’m changing my nationality. Most of the people I called only looked at the money," he said.

"Only one person, Adam Nyakundi of The Insyder, advised me, 'Des wewe ndio uko huko, you know the life there. Make the decision that best fits what you want.’ The money was a lot, they told me don’t worry about the money. We have a lot."