WANTS TO RELOCATE IT

He blames witchcraft by his enemies, didn't know the land belonged to someone else 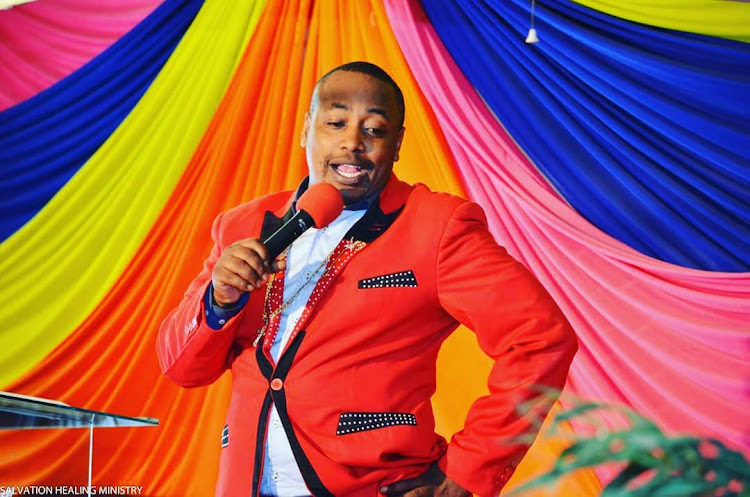 This is after his church on Kagundo Road, Salvation Healing Ministry, was demolished last week.

"A church of 5,000 people, a church I have constructed amid problems, has been taken down! Let me show you some of the pictures," he said as he cut to photos of the said church.

The clip then cut to gospel track 'Mungu Wangu' by Joan Wairimu, which talks about God already knowing the reasons for the struggles experienced by a believer. Speaking to Word Is on Wednesday, Pastor Kanyari said his followers have shown him a lot of love.

"I was not given any notice about the demolition. People should consider sending me some cash so we can purchase another land somewhere," he said.

He says he was in the process of getting a title deed and did not know the land belonged to someone else. "We have been there for like 10 years since I moved from town," Kanyari said.

"The land was sold to us with only a certificate. I cried a lot but thank God my business partners are sending money and after a few weeks, we will have managed to purchase a bigger place. The church had over 5,000 people.

"Church leaders have also contributed and we have identified somewhere else we will purchase. It is going for Sh17 million at Kamulu."

He plans to build a bigger church and rooms for those who go to be prayed for.

"Those who hate me should know that I am loved by many. After that demolition, over 7,000 people came home to comfort me. People who follow me will never talk ill about me. This is the high time for people to help me."