He could win Sh7.5 million for the novel 'The Perfect Nile' 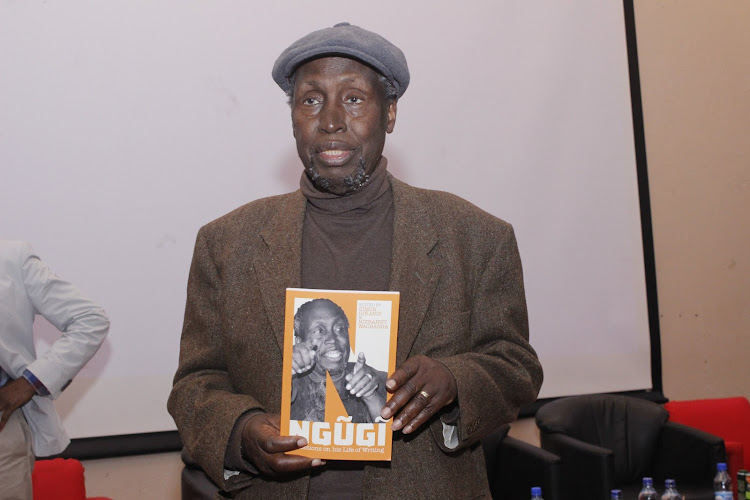 Celebrated author and activist Ngũgĩ wa Thiong'o has become the first writer to be nominated for the International Booker Prize as both author and translator.

Ngugi is also the first nominee writing in an indigenous African language (Kikuyu).

The International Booker Prize is awarded every year to a book of fiction in any language that is translated into English and published in the UK or Ireland.

It is run alongside the Booker Prize for English-language fiction.

The prize money is split between the book's author and its translator.

Thiong'o is among 13 authors nominated for the award for best-translated fiction, standing a chance to walk away with a £50,000 prize (Sh7.5 million).

He earned the nomination (writer and translator) through his novel 'The Perfect Nile', described by the judges as “a magisterial and poetic tale about women’s place in a society of gods”, and written in the Bantu language Gikuyu.

Thiong’o used to write novels in English until 1970, when he resolved to wrote in his mother tongue.

He was honoured with the prestigious award for his distinguished and courageous literary work and his defence of African languages.