He fears it to the extent of fearing a dead person 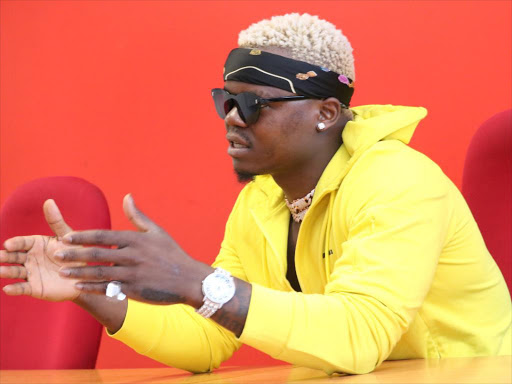 Harmonize has opened up about his fear for death. He said this after he went to pay his last respects to the late Tanzanian President John Pombe Magufuli at Uhuru Stadium.

The singer was photographed crying as he was one of Magufuli's favourite singers.

“When I received the news of your death, my heart refused to accept, but my brain accepted since the one who announced was someone you truly trusted,” he wrote on Instagram.

“My heart didn't want to accept until I saw you lying in the coffin. I believe every human being will die. But most of us fear death to the point of even fearing a dead person. I am one of the people. Fare thee well, my father. We will remember you forever.”

Harmonize would perform at Magufuli's campaigns and various political events. At one point, the late head of state sang Harmonize's song in public.

“My voice might be comfort since death is a big secret, we don't know whether you are listening to what is happening apart from God who is in Heaven.”

Harmonize together with his Konde Music artistes have released a song called 'Ahsante Magufuli'.

“We have released this song. We believe our pain and voices might be able to intercede in praying for forgiveness before God.”

After the news of the death of Magufuli, a video went viral of Harmonize crying for him.

Magufuli died of heart complications and will be buried on Friday.