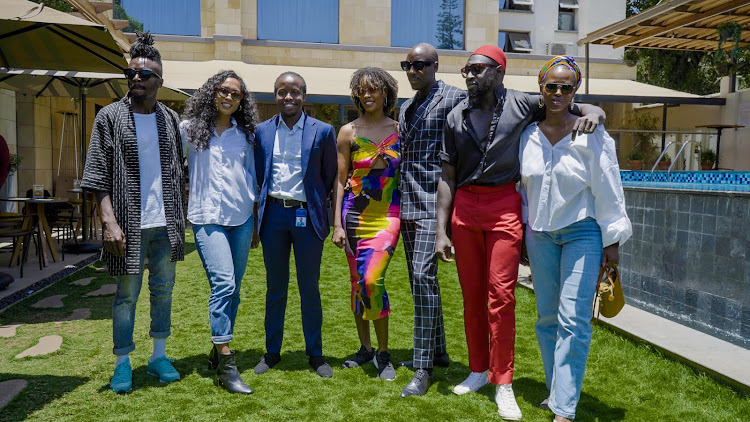 Episode one begins with Sauti Sol preparing to welcome a new member of the family, Bensoul faces tragedy at his first performance in a pandemic and Nviiri is in search of a new musical identity.

Talking about the new season, which will take a deeper look into the couples’ lives, Polycarp's wife Amanda said;

"I love that we will be working as a family and to bring Sauti Sol's audience into a small part of our lives, where they get to see their side of just being human and not just the people who entertain them."

Savara's girlfriend Yvonne Endo said they plan to keep it real and genuine.

"But also getting to learn more from the people around me. It’s been an experience for me, and I’ve been enjoying it so far."

Bien's wife Chiki said fans should not expect any controversial drama or fallouts.

"We will give you drama but it won’t be 'don't talk to me' kind of drama. I think when you put yourself out there, you welcome people to have an opinion. For all of us, that was important – brotherhood, romantic love, love for music, love for one another, love for Kenyans."

Producer Eugene Mbugua said Season 2 is exciting because everyone is a bit used to the camera now.

"We try to get away from the dramas that are associated with a reality TV show. We are walking away from reality TV shows toxicity. Season 2 will be more of family, where we get to see Polycarp and Mandy journey into parenthood, we get to know a little bit more about Savara and his girlfriend, Bien's marriage and also introduce the lives of Nviiri and Bensoul.

"We will also take you deeper into Chimano's closet."

Season 2 of Sol Family started on Monday and will run for 20 episodes. The reality show is available on Showmax.