Christian of the 'Longombas' dies in the US

He had undergone surgery for brain tumour, had other complications 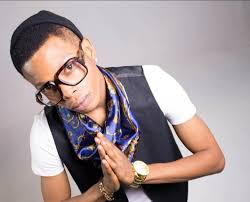 The singer died on Saturday while receiving treatment at Downtown Los Angeles Hospital in the US.

His twin brother Lovy Longomba was by his side during the last moments of his life.

Taking to his social media, Lovy wrote, "To be absent from the body is to be present with the Lord. I love you, Christian, my brother, my friend and partner, but Jesus loves you more. Enjoy Heaven."

Adding, "Christian was well-loved and we celebrate his gifts and talents that he shared with the entire world. With great love and appreciation for the support and love shown to Christian by fans, family and friends, we kindly ask for privacy during this time. God bless you all, Longomba family."

In 2015, Christian was diagnosed with a brain tumour.

After surgery, Christian thanked God for healing him through a very trying moment of his life.

"All praises to Jesus Christ, my Lord, and saviour the giver of life."

However, he later developed blood clots that required further treatment.

Lovy Longomba and his brother Christian ruled the Kenyan music scene in the early 2000s.

They topped charts with their hits such as Queen and Dondosa.

The first song Christian wrote was Dondosa, which became a huge hit in the 2000s.

They sang about things that affected society.

"For example, the song 'Vuta Pumz' has a club or dance feel to it, yet it tackles responsible sexual behaviour and calls on partners in a relationship to be faithful to manage the spread of HIV-Aids," Christian said in a past interview.

The pair later moved to America, where they sought to explore a different way of making music.

Lovy became a prophet. His website states he “was visited by the Lord Jesus at the age of six, in a vision”.