I lived at Chibalonza's till her death, says Solomon Mkubwa

Solomon Mkubwa was her protégé and curtain-raiser 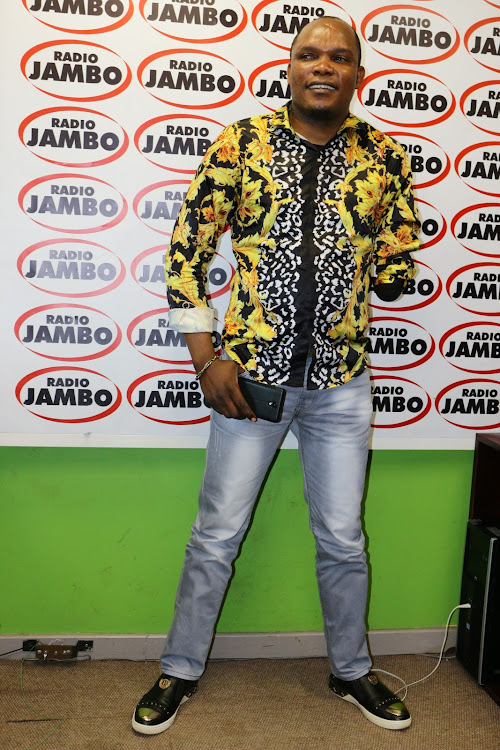 Speaking to Macdee TV, the 'Mfalme wa Amani' hitmaker said the late Angela introduced him to the Kenyan music industry.

"Angela Chibalonza brought me to Kenya, mentored me and introduced me to the market," he said.

"Venturing in the Kenyan industry was tough since most fans appreciated those who were already famous. I stayed at Angela Chibalonza's home for three years and a half. It was not easy but Angela held my hand and introduced me to her fans."

Solomon said most Kenyans were Angela's fans but she made sure he would sing first before her.

"Sometimes the appreciation Angela was accorded was different and I would feel discouraged because you know in the DRC, people accept everyone but in Kenya, you need to create the trust with your fans."

Solomon added that he also learnt the music business from her.

"She taught me a lot. From how she picked phone calls from clients and also being a prayerful woman, she was kind enough."

A few years later, Solomon said he almost gave up but Chibalonza encouraged him. "That time Ringtone and Jimmy Gait were trending with hit after hit. Ringtone was one of the artistes who also encouraged me and he was not malicious. Ringtone, God bless you.

"They encouraged me so much and wholeheartedly. I respect him so much that I met him in the industry."

Solomon left Angela's home after she died. By then, Solomon said he had recorded three songs only.

The prolific Congolese artiste lost her life along the Naivasha-Nairobi highway as they rushed back to Nairobi so she could not miss an early flight on September 22, 2007.

"I came with them to Nairobi during her burial preparation, which took three weeks, and they [his songs] were all played, and that is how I started hitting the airwaves."

He said that from the three songs, he made Sh2 million at the age of 25 years. "That is how I managed to build my parents a home."

He advised youths on the importance of taking care of their parents.

"Parents have your lights. Always remember your parent and forgive them even if they did not treat you well. In your old days, your kids will also remember you."

Solomon is currently building a church here in Kenya.