He would come home drunk and start strangling her, she says 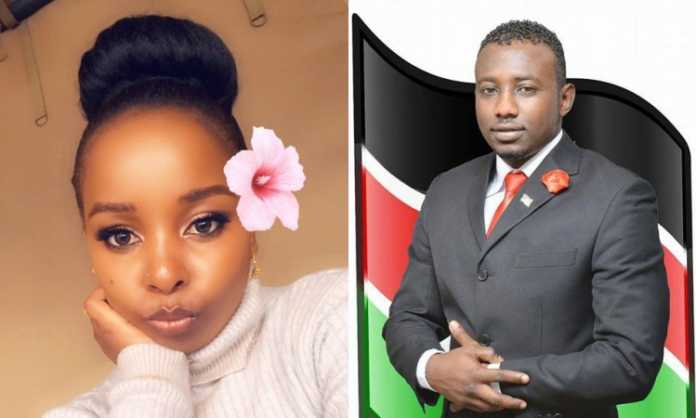 Bipolar is a disorder mostly associated with episodes of mood swings, ranging from depressive lows to manic highs.

Speaking to Massawe Japanni, Saumu explained that her condition got worse when she started dating her now ex-boyfriend Senator Anwar Loitiptip.

"All those years, I have never been serious to an extent of staying in hospital. But when I started dating Anwar, it was tough because I was going through physical and emotional torture. It reached a point I had to speak out and be a voice for many women," she said.

"He would come home drunk and start strangling me, telling me he is going to kill me one day. Imagine! For what? There’s a time he said he was going to kill me. My dad took Anwar as a true friend but Anwar betrayed him, but I have beautiful kids to focus on."

Saumu and Anwar have a daughter together but she said he has not been providing for his child.

She added that Anwar used and dumped her.

Saumu went on to explain that their fights were always as a result of Anwar’s alcoholic nature and other things he was using.

"I was so weak and abused by the people I allowed into my life, and I feel that I have to forgive myself for doing that."

Asked on allegations that her close friend Bambi is now dating the senator, Saumu said, "I wish them well. I have beautiful kids to focus on, he is not my focus now. I’m a father and mother to my kids and I’m okay with that."

Word Is had previously reached out to Anwar and asked if indeed he had beaten her.

He said, "Yes, but only once, before I knew she is suffering from a mental problem."

Adding, "She has a mental psychiatric problem called bipolar. That’s why we never stayed together. She breaks things, shouts and loses memory for even a week."