•Karen said that she posted the angry posts on her social media out of anger and that she has always supported his wife.

•"I'm not a homewrecker, these things happen to each and every one of you, it's only that I am in the limelight." 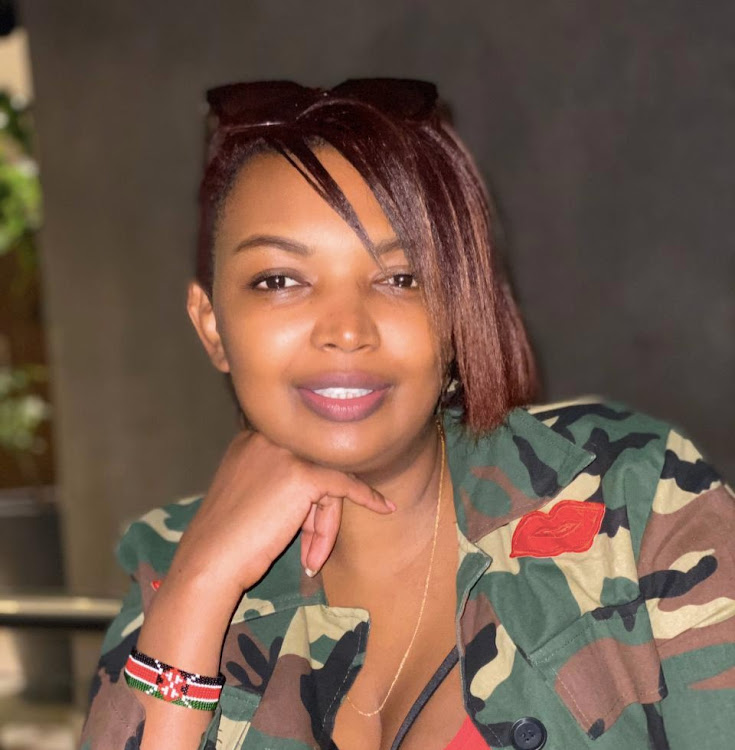 Politican Karen Nyamu has apologized to Samidoh’s wife Edday Nderitu for having a relationship with her husband and eventually bearing him a son.

Speaking on media personality Jalang’o's YouTube channel, Nyamu defended herself saying, "I'm really sorry for the anguish that I may have caused you, all along I thought you knew because your husband told me you knew. No excuses, I am really sorry for everything."

While asked if she has met Nderitu, she said she has never met her, but has been involved in her projects to the extent of helping her secure a Sh9 million tender.

"We spoke sometime last year…Now she is serving a tender worth Sh9 million which me and Samidoh’s brother sat down and did all the documents… until she got that tender. So is that a woman I'm fighting?"

"I am not a homewrecker and I can tell you all things that I have done on the contrary build my baby daddy's home and if I say here he will be angry because it’s not fair to expose some things."

Karen said that she posted the angry posts on her social media out of anger and that she has always supported his wife.

"I'm not a homewrecker, these things happen to each and every one of you, it's only that I am in the limelight."

She distanced herself from a pseudo account that has been attacking Samidoh’s wife.

"If I was to write a comment in Pseudo, I will not write in my tone…but it looks like that comment was done intentionally ndo ikae kama mimi … I don’t have Pseudo, I only have two accounts, mine and one for my House help that I use to shop online coz I don’t want people to know they are delivering things to Karen’s house."

Karen who vied for a woman rep position in 2017 but lost said she had no idea that Samidoh was married as he never wore a ring.

"We met in a political event he was performing in sometime back and we became friends. Jalas can you believe I didn’t know that Samidoh was married because he was not even wearing a ring."

On Tuesday, Samidoh apologized to his wife admitting that he has put his family and himself in a bad situation, but has never left his wife of 11 years, for another woman.

Samidoh shared a picture with his wife regretting hurting his wife.

"I am sorry!!! I have put my family and myself in a bad situation."
Sasa
1 month ago
by ELIZABETH NGIGI Lifestyle, Entertainment Journalist
Word Is
03 March 2021 - 16:18