Sired the child when he worked as a herdsman in Kinangop. 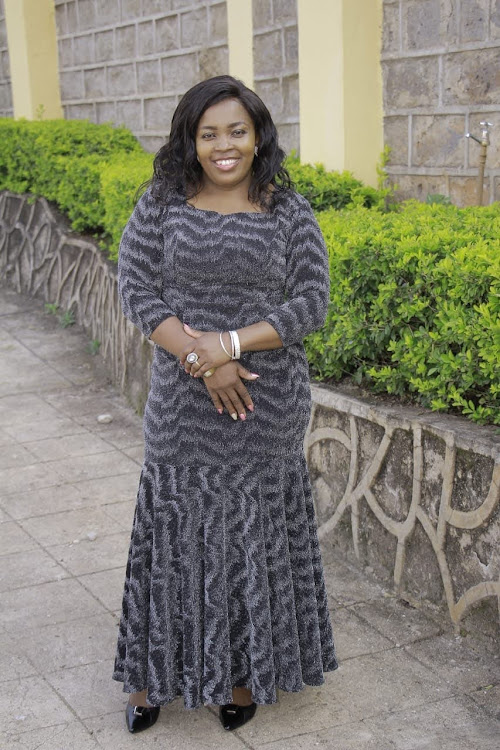 Neno Evangelism’s Apostle James Ng’ang’a met his firstborn daughter Naomi Wangari Maina when she was married and with one child.

Ng'ang'a sired his child while working as a herdsman in Kinangop but later separated with his then-girlfriend called Njoki.

Njoki got married to another man.

Speaking on her YouTube page, Naomi said she grew up with a stepfather who did not love her.

"I was born in a village called Hianyu in Murungaru ward, Nyandarua county, but noticed I was [different] from my siblings," she said.

She said her complexion was different.

Naomi only attended primary school as her parents could not afford her fees. She said she was treated differently from the other children by the man she thought was her father.

One day her aunt told her that her biological father, called Jimmy, was a herdsman employed by one of their neighbours.

That was when it all made sense.

Naomi started looking for her father and even visited the homestead where he had once worked seeking information but they had none.

Afterwards, she started to do odd jobs such as working as a housegirl. One day she received a phone call from a man who identified himself as James.

She hang up as he was a stranger.

"He called me 'Wangari' and I was so confused. I later called and he told me that he was given my number by one of my uncles."

Naomi asked her mum about him but she refused to tell her the truth.

"She told me to stop the madness," she said.

Father and daughter got to talking over the phone and arranged a meeting.

"The day we agreed to meet, our blood connected and my dad noticed me from far. He was with a few friends. One of the friends said, 'prayers have been answered'."

They prayed and headed to his church offices where they talked and bonded over tears.

Naomi said before she knew he was her father she had attended Apostle Ng'anga's crusades in Uhuru Park, bought his worship songs and even attended his church.

"He introduced me to his other family and they all loved me," she said, adding that her father is an open person who does not hide anything from his family.

"He introduced me to his church members and we bonded so well. He is a very loving person and away from the church he is a family man."

After much nagging, her mother eventually told her the truth—that Ng'ang'a was indeed her biological father.

Naomi, like her father, is a gospel singer, a gift she seems to have inherited from him.

"At first he did not like it but later, after listening to my songs, he supported me fully," she said.

One of her well-known songs is called Nyumba Ino (This House) released in 2007.

Word Is reached out to Ng'ang'a who said he does not want to be involved in the story.

"Right now I am in prayers in Jerusalem and concentrating on the Word of God."