• She tweeted asking Khaligraph to provide health insurance for his son 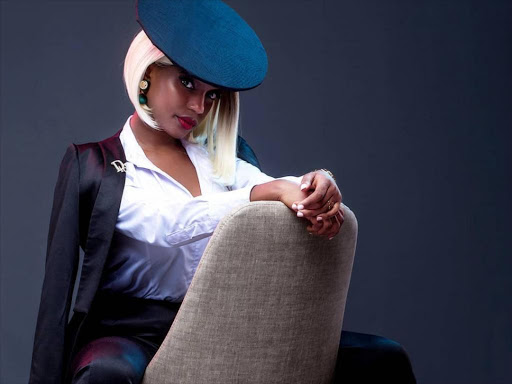 Khaligraph Jones’ ex Cashy Karimi has called him out for not paying child support.

She tweeted on Sunday; "@Khaligraph excuse me, your son is sick. Health insurance?"

A fan commented on Cashy's post, telling her to take care of the child.

"Isn’t he your son, kwani? Take him to the hospital."

Cashy responded, "He is, and by all means his son as well. I have taken him to hospital since conception he is now two and paid cash, with receipts that have been presented before my lawyers and his," she said.

"Parents share equal responsibility, but even the law knows a child is where showbiz draws the line."

The two rappers dated for about six years and parted ways in 2018.

A few months later, in September 2018, she gave birth to a bouncing baby boy.

In a previous interview, Cashy said she left the relationship since it wasn’t good for her but she did not cheat on him.

"I am not gonna talk about my kid because it’s not a fight about my child. But I didn’t step out on him (Khaligraph). I didn’t," she said.

In an interview with Mpasho, she said her son has been sick for two weeks but Khaligraph has not shown up.

"I have been communicating with him via our lawyers but he is not taking the issue seriously," she said.

"All I want is for him to provide for his son health insurance. I have been trying to get to him for a year and he has not been responding. He knows his son is sick but he has not taken any responsibility."

In an Instagram post, Cashy also shared a snippet of official documents her lawyers sent to Khaligraph, alleged father of her two-year-old son, asking him to step up and take responsibilities as a dad.

She then praised mothers for being special beings in every child’s life.

"To me, motherhood means you’ll go to war to defend your child, and you’ll do everything to secure all areas of their existence in the best ways possible, legally and by divine favour," she wrote.

"I salute women warriors, moms for all the silent and unseen battles, we fight for our children. I’ve seen my parents fight for me, that means I can’t be a coward when it comes to my offspring. If you choose to parent, parent wisely.

"If otherwise, give yourself some grace. Meanwhile, I’m not smart enough to win some battles on my own, and so I learn and I get stronger. The law is uneven, but some aspects of it have to be fair. if not immediately, then one day.

"This is one of many letters exchanged between Brian (Khaligraph) and I, in a series of events impeding my child’s rights."

When Word Is reached out to Khaligraph, he hung up the phone. We also sent him a message to which he did not respond.

Khaligraph reaches out to me — Cashy

Khaligraph Jones' ex-lover Cashy says the rapper has been reaching out to her."He tries but I cut the connection because I do not want to continue ...
Sasa
3 years ago
Post a comment
WATCH: The latest videos from the Star
by ELIZABETH NGIGI Lifestyle, Entertainment Journalist
Word Is
29 September 2020 - 06:50
Read The E-Paper