It was a lot of money back then, she says; Sh35 went to her mother and the rest was hers 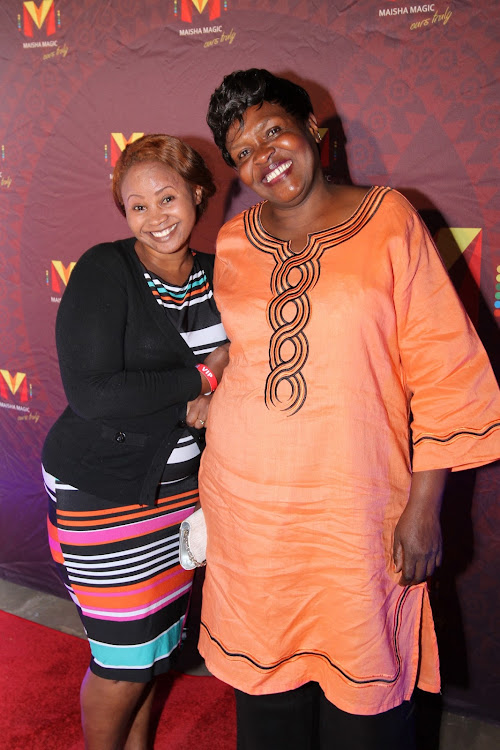 Besides Vitimbi, she featured in the popular drama series Vioja Mahakamani.

Speaking on comedian Jalang'o's YouTube channel on Wednesday, she said back then, actors were paid poorly.

Her parents had no idea she was working as an actress and she would receive a thorough beating whenever she took the money home.

"My mum would ask me where I got the money when I took it home, and she would beat me because I used to hide when going on set," she said.

It was not until later when she explained to them what she used to do and they understood that she had a job.

"It was a lot of money back then. I would give Sh35 to my mother and spend the rest on myself na maisha inaendelea," she said.

She says nowadays, actors are better paid but the problem is they misuse it.

"They don’t know how to use it. They spend money on alcohol and other things, which don’t add value to their lives," she said.

Most of her fellow actors and the pioneers of Vitimbi and Vioja Mahakamani have died. She is among the few who are alive and is thankful for life.

"Without God, I wouldn’t be where I am today," she said.

The actress, together with Vioja Mahakamani prosecutor Gibson Mbugua and the late Mzee Ojwang, bought land next to each other in Kasarani, where they built their homes.

She said working with Ojwang exposed her to many opportunities, including performing on all national events during the former President Moi's era.

"I miss Mzee Ojwang and at times, we just sit and talk about him," she said.

"He was a funny man and very talented. Mzee Ojwang alikua dawa ya President Moi, anytime he was angry and Mzee performs, alikua anaacha kukasirika."

I persevered after Sh700 pay for first show, says Olexander

Vioja Mahakamani and Vitimbi star has come from far
Sasa
2 years ago
Post a comment
WATCH: The latest videos from the Star
by ELIZABETH NGIGI Lifestyle, Entertainment Journalist
Word Is
25 September 2020 - 00:05
Read The E-Paper