I persevered after Sh700 pay for first show, says Olexander

• Popular comedian wants fans to celebrate his success not himself 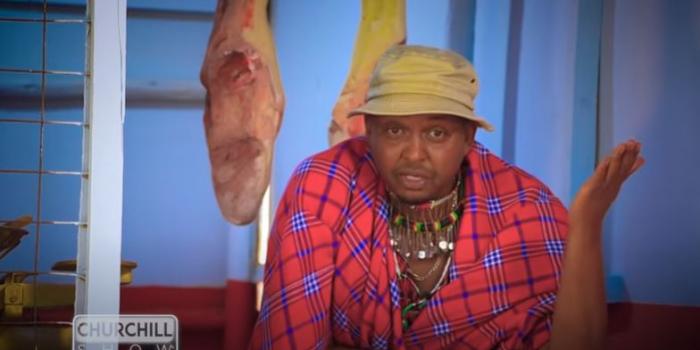 Vioja Mahakani star Josphat Olexander says he looked up to the late Masanduku, who was his fellow actor in the TV comedy.

Speaking in an interview on Churchill Show, Olexander, who also featured in Vitimbi, said it has taken him hard work and perseverance to get to where he is today after quitting his banking job.

"You want to become a star, you know how to hang in the sky at night so you can shine," Olexander, real name Peter Sankale, said.

"We waited for our days and nights. Here we are, but I don’t like being called a celeb. As a believer in Christ, the only celeb I know is Jesus Christ; the rest are not, it's just chances we’ve got. Ni kazi yako watu wanapraise."

He said he does not want to be celebrated but instead, people should celebrate his achievements.

"I’ve persevered and waited long for this success," he said.

Olexander recounted days he worked without pay. "There was no money. It’s very challenging and you feel like giving up. Everybody thinks you’re on TV and should be rich," he said.

He says he concentrated much on his passion rather than what was being paid.

"I worked out of my passion for acting. We really never demanded to be paid more but the world was watching and people would say we deserved better pay, and KBC, without us even pushing them, increased our salaries," Olexander recalled.

His advice to young artistes who want fame to come quickly is, "I would tell anybody that you will wait longer to enjoy the fruits of your labour."

Olexander is also a great singer and sings mostly in Catholic church choirs, where he trains people.

Post a comment
WATCH: The latest videos from the Star
by ELIZABETH NGIGI Lifestyle, Entertainment Journalist
Word Is
23 July 2020 - 00:05
Read The E-Paper