She was told to move out in March, according to a close source 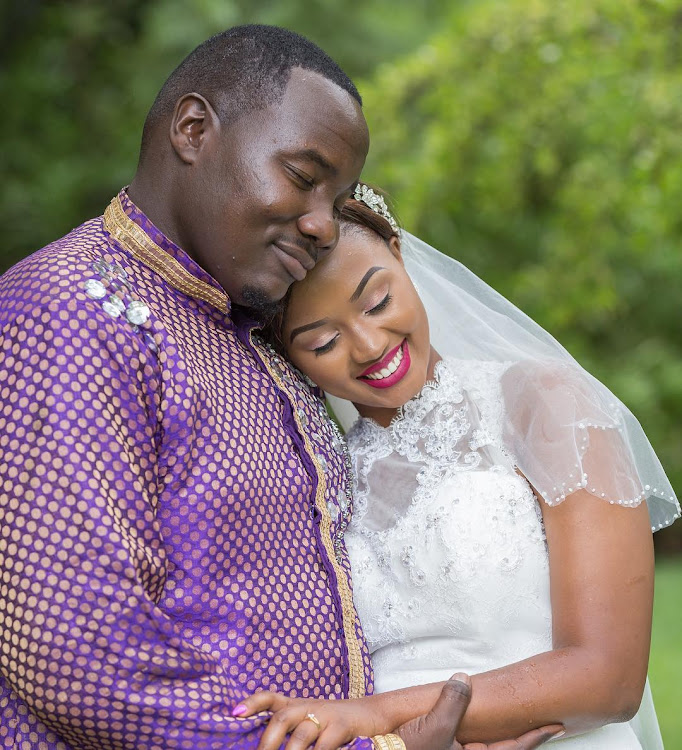 Citizen TV's presenter Willis Raburu and his wife Mary Ngami, alias Marya Prude, are believed to not be living together.

It is alleged the two separated a month ago. A close source told Word Is the couple had issues after Prude learnt her husband was cheating with a Ugandan woman.

The source said the 10 over 10 presenter lived with his wife in Phenom Estate, Langata, before the two vacated the house.

"In March is when hell broke loose after Raburu told his wife to move out. He is currently living in Kileleshwa with another woman," the source said.

When asked the whereabouts of the wife, the source said she is living in a rented house in Thindigua, Kiambu county.

"What happened is they divided the households items. Raburu then rented a house for Marya and paid a deposit of two months," the source said.

Marya has since deleted her social media account. The last time Raburu shared his wife's photo was on Mother's Day.

The presenter got married to Marya in an exclusive wedding two years ago, which only close friends and family members attended.

In a previous interview, he said he had met Marya much earlier than most people thought but didn’t date her then as he was in a relationship with Sally Mbilu at the time, whom he had proposed to but broke up with under unclear circumstances.

“We met in church, at Jubilee Christian Church, through my friend Pablo. He introduced me and when I saw her, l was like ‘Good Lord, Hallelujah!’” Raburu said.

"But even though I noticed her fine-ness, I didn’t do anything as I was still in a relationship. About a year passed by after we met."

Early this year, the couple lost their daughter, whom they had been expecting after being married for nearly three years.

When Word Is reached out to Raburu, he did not pick but asked to be sent a message, which we did but only got a blue tick.

Efforts to reach Marya were unsuccessful.