My parents have not seen my award yet, says Pascal

• Actor is in quarantine and after the two weeks, he will go back and get tested again 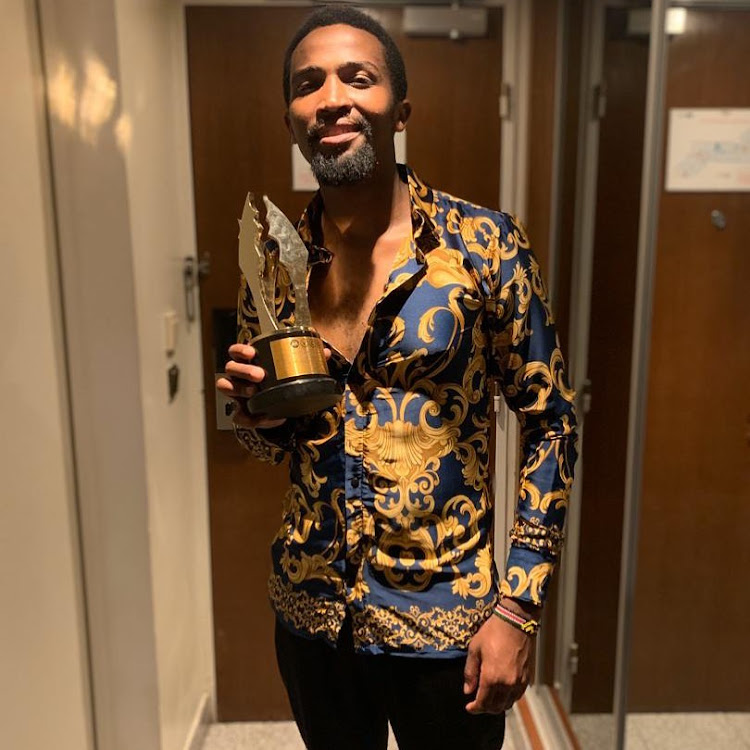 Actor Pascal Tokodi feels depressed that his parent have not seen the award he won in the Africa Magic Viewers' Choice Awards.

He won the best supporting actor for his role in the movie 'Disconnect'.

Anyone flying into Kenyan is required to undergo compulsory self-quarantine for 14 days.

Pascal says he is in the 12th day of his quarantine. Speaking to Word Is yesterday, he said quarantine is not easy, but people need to think about others.

"I haven't seen my parents since I came back, they haven't seen the award, and basically, I won it for them," he said.

"That is quite depressing but after the two weeks, I will go back and get tested again."

He has taken the opportunity of quarantine to reflect on the future.

Early this week, Lagos State Government health officials said there was a case of Covid-19 at the Africa Movie and Video Choice Awards (AMVCAs) ceremony, which was held recently.

During his daily Instagram Live sessions, Pascal was asked how he is doing. "I hear you’re at risk of contracting Covid-19 after attending the AMVCAs," a fan said.

Holding a guitar, he looked down and gave his fans assurance. “I have to address this before it gets out of hand. As you have heard, one guy from the AMVCAs was infected by coronavirus, which makes all of us at risk. I am okay," he said.

"But remember to pray for the 27 in Kenya and the thousands in the world.”

The actor was grateful to his fans who were concerned about his health and well-being.

Pascal Tokodi and media personality Amina Rabar were at the AMVCAs in Laos.

'Janjaruka': How I was conned in house scam – Pascal Tokodi

He got an agent online who claimed to be in Karen. The con game started right there.
Sasa
2 years ago

The event was hosted by Amina Abdi and IK Osakioduwa.
Sasa
1 year ago
by ELIZABETH NGIGI Lifestyle, Entertainment Journalist
Word Is
27 March 2020 - 00:00