I want my music to stand test of time — Chris Martin

He keeps in mind that his mother listens to his music, so he keeps it clean for the most part

• He has released the album 'And Then' 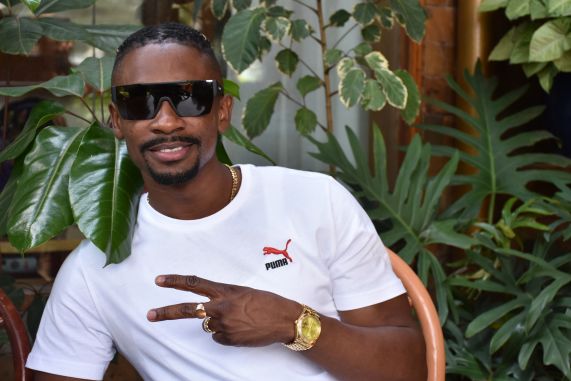 Jamaican superstar Christopher Martin performed over the weekend at the Impala grounds during the Big Deal Concert.

In an interview with Word Is on Thursday, the "Is It Love" hitmaker said the legacy he wants to leave is to make sure he spreads positivity across the world.

"I want to leave the legacy that Christoper Martin was an awesome musician. Somebody who believed in people believing in themselves," he said.

"Understanding their worth and their value. Who gave them that feeling and vibe. For years to come even when my being and the flesh isn't here, my music will stand the test of time. I want to be an ambassador for music worldwide."

Early this year, Martin announced the release of the album 'And Then'.

"It is a 15-track body of work released in May, and it debuted number one in the billboard reggae charts. No collabos, it's strictly Chris Martin. Initially, it was supposed to be named after my son because my manager thought my son's name was going to be 'And Then', but his name is actually Aiden. "

The singer dedicated the song 'Mama' to his mother and all mothers across the world, describing his mother as his cornerstone.

"She is so supportive of me. I used to go to church and I would sing with her. Even when I sang secular music like reggae and dancehall, she still supported me," he said.

"I keep in mind that my mum listens to my music so I have to keep it clean for the most part. She is my rock, she is my foundation. I had to express in song how much she means to me and how other people should treat their mothers."

The singer opened up about his hit song "Cheater's Prayer", which he says wasn't part of his personal experience.

"To be honest, that song wasn't about me. I was just singing about what happens on a day-to-day basis. It wasn't really about me. It's just a song," he said.

"You know, women are so beautiful, very attractive beings and as a man, you see a beautiful woman and you will be attracted to her. Don't worry, I'm not a cheater."

He said being a father has been one of the best experiences of his life. "It has made me more patient and more understanding. I love it. Everything that I do right now is for them. It gives me that zeal to work and to do more. I love my kids. I love the whole experience," he said.

His visit comes weeks after President Uhuru Kenyatta’s state visit to Jamaica early this year, in which he signed a deal encouraging the participation of cultural and creative practitioners in festivals in the two countries.

"It is awesome because both places are my home," Martin said. "Both of my homes are working together, it can only be awesome for us. I watched the speeches and it seems it's something that will work well for both countries. It is something that will be very fruitful for our cultures and our entertainment sectors as well."

Will perform at the KICC in December.
Sasa
1 year ago
by ELIZABETH MUSYIMI Lifestyle, Entertainment Journalist
Word Is
09 December 2019 - 00:00