She was not only received by county but also Nyanza residents 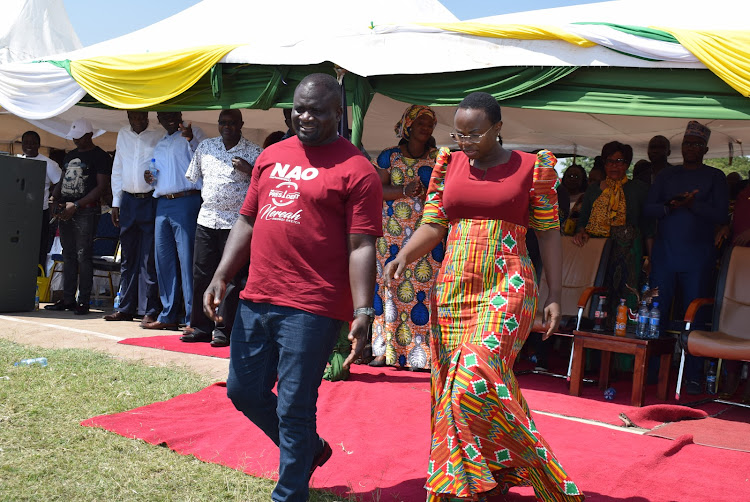 Jubilation engulfed Homa Bay when Nereah Amondi who was recently crowned as Miss President appeared in the county for the first time. Nereah, 42, who also serves an MCA as at the Homa Bay County Assembly, was not only received by county residents but also Nyanza residents.

Nereah was crowned after a hotly contested competition in Nairobi alongside other women in a reality TV series run on KTN. Nereah arrived in Homa Bay in a fleet of vehicles and was welcomed by hundreds of residents amid Ohangla dances from Kochia.

“This is a good opportunity which demonstrates to my fellow women that everything is possible in a political contest. I will engage various agencies to ensure more women acquire political seats,” Nereah said.

She also promised to use the opportunity to promote education. She pledged to fight for women’s rights.