• The Committee will select Kenyan film to be submitted for consideration for the Best International Feature Film category award. 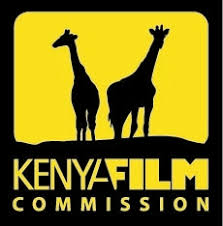 The Oscars Selection Committee Kenya is inviting filmmakers to submit their feature films for consideration for the 92nd Academy of Motion Pictures Arts and Sciences Awards in the Best International Feature Film Category.

The committee will select the Kenyan film to be submitted for consideration for the Best International Feature Film category award. Only one film per country can qualify, and a country needs not to submit a film every year.

If successful at the Academy stage, the film will be considered as nominated. Nominees will then be eligible to compete for the Oscar. Submission is however not equal to nomination.

An International Feature Film is defined as a feature-length(over 40min) motion picture produced outside the United States of America with a predominantly non-English dialogue track.

Entries should be hand-delivered to the Kenya Film Commission by September 9.

Post a comment
WATCH: The latest videos from the Star
by ELIZABETH NGIGI Lifestyle, Entertainment Journalist
Word Is
21 August 2019 - 05:00
Read The E-Paper