While the pastor is 66, the wife, whose exact age he did not disclose, is 'in her thirties'

• He and Mercy Murugi have three children, and he wants seven more 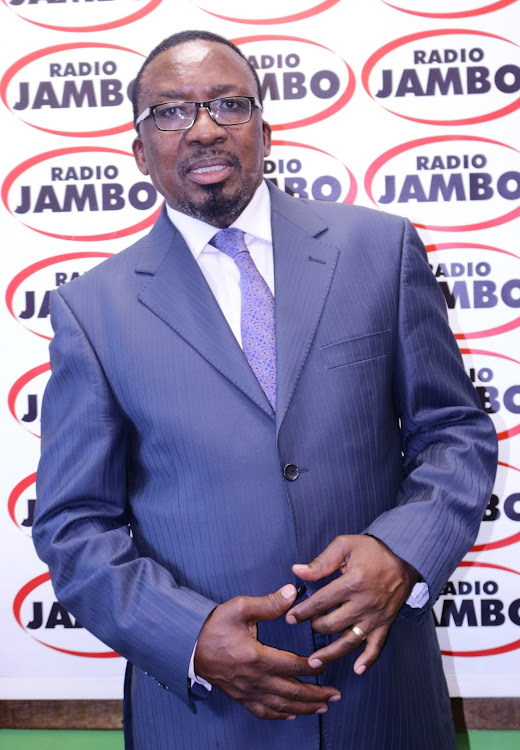 Away from his controversies, Pastor Ng'ang'a is a family man. He is blessed with a beautiful wife called Mercy Murugi, with whom he has three children, the youngest being six months old.

Speaking to Massawe on Radio Jambo yesterday, he said, "When my first wife died, I was forced to make a very critical decision of getting married again. I married young Mercy, who is a daughter to one of my church members."

They tied the knot in 2012 at the Windsor Golf Club in a wedding attended by popular politicians, close friends and family.

Ng'ang'a describes his wife as young, beautiful and smart."By the time I knew her, she was in university, and that is one thing that attracted me to her as I did not go to school myself," he said.

He also considered someone who he will enjoy life with at his old age. "I wouldn't have looked for an old person whose 'mileage' would not last long," he said.

Ng'ang'a's relationship with Mercy was faced with opposition from many church members, who thought she was too young for the 66-year-old pastor.

"There were thousands of women who wanted me to marry them, hence the disagreement between me and the church. But I made my final decision and settled for her," he said.

After six months, Ng'ang'a says his wife was fed with wrong information and even left the marriage for some time. "They tried so much to fight her and even brought witchcraft to our home. I would wake up in the morning and find things thrown in our compound, but through prayers, we are good now," he says.

A few months ago, in a six-minute clip, Nganga was heard cautioning some bishops against disrespecting his wife. “If you are not going to respect my wife, I will kick you out of my ministry, whoever you are. I don't care if we grew up together," he said.

"This time around I will show you my power. If you don’t respect her, leave my church and go start yours,” he added.

Nga'anga says he said that because his wife had been calling for meetings in the church but the older members don't attend. "As a person, I was speaking to my congregation. It started three years ago but it reached a point I had to speak out," he said.

Ng'ang'a says he wants to get seven more children with his wife, who is in her thirties. His message to young couples is not to expose their spouses when there is a problem before sorting things out.

"I love my wife because she is beautiful and she respects me," he said.

He was locked up at Muthaiga Police Station and is set to appear in court Monday.
News
3 years ago
by ELIZABETH NGIGI Lifestyle, Entertainment Journalist
Word Is
14 August 2019 - 06:30