He is sure he will climb up with his new album which is based on love, passion and betrayal

• Eric Wanaina said his past two albums did not get much airplay on the radio but he has never been inactive, musically. 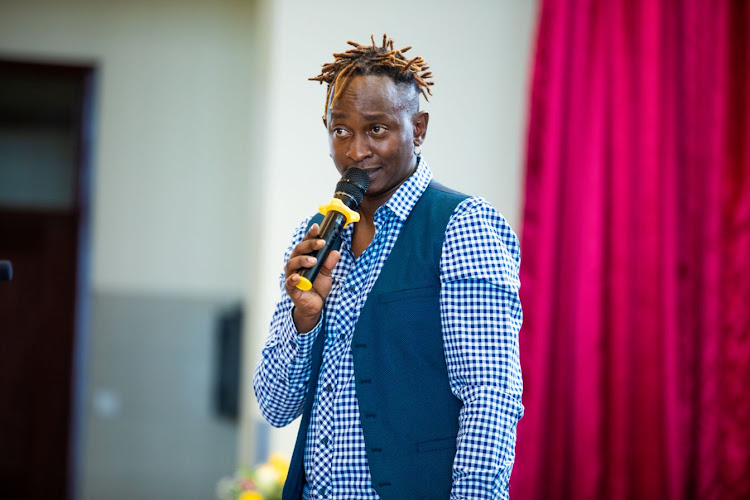 Veteran Singer Eric Wainaina says his new album titled ‘Dreams In Stereo’ is one of the best works in his entire career.

Speaking to Word Is, Wanaina said his past two albums did not get much airplay on the radio but he has never been inactive, musically.

“I have not actually been silent, I have had two other records but they did not get as much radio airplay, maybe that is the reason people thought that I have gone silent but I have never been silent,” he said.

He, however, accepted that they were not all hits.

“I guess there is also a point in one’s career where it goes up and down, so maybe I was in a valley for a while, now we are starting to climb again,” he said.

He is sure he will climb up with his new album which is based on love, passion and betrayal which all according to him are experiences and emotions he has experienced.

The album is out in all the digital platforms.

“That record is very personal, it’s about things I have gone through. The record takes music styles from a lot of influences I have been listening to,” Wainaina said.

He has advised other singers especially the upcoming ones to make use of a musical instrument which will see them have more control over their creation of music.

“When you play an instrument and you are able to even write your own songs then you are more in control of your career. You are not depending on other people and that is the way to guarantee longevity in the industry,” he noted.

Available for download on iTunes : https://itunes.apple.com/ke/album/selina-re-mix-single/id829812060?ign-mpt=uo%3D4 First release of the Love + Protest ...