After nine years, she has left the marriage and is living a separate place

• ‘DOPE’ is free to love you, she said, but the singer refused to comment on 'negativity' 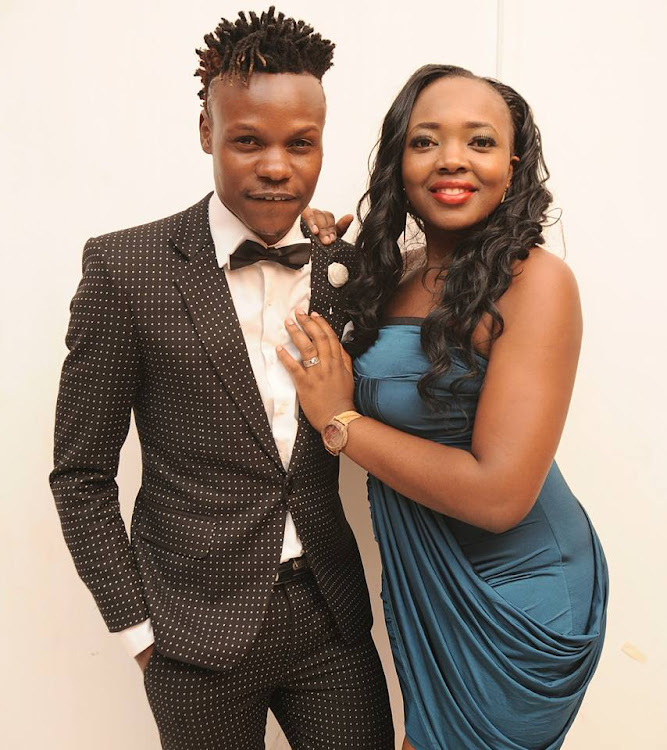 In an angry Instagram post, she said, “Breaking someone’s marriage is not GODLY, I invited you as a friend, today unasema ambia Eko Dydda not to bring me home because love yenu haita grow.

“It’s not a battle,@ekodydda you don’t have to hide it any more your ‘DOPE’ is free to love you, sometimes it’s healthy to walk away. Na leo ndio ile siku, I will not hide it for fame, money, I will stand with the truth and will never ever lie to people.”

Word Is reached out to her for comment. At first she declined to talk about it, as she had already pulled down the post.

“Read between the lines of the post because I know you have screenshots,” she said.

But afterwards, she opened up, confirming she broke up with Eko Dyddya, whom she said has been lying to the public.

Eko Dydda has refused to comment on a story that has been going around with claims he had an altercation with his wife and even kicked her out ...
Sasa
3 years ago

“I don’t want to live a lie anymore. Eko should also stop mentioning his family in the interviews he is going for in the media because he does not live with them anymore. This negativity that he is refusing to talk about, he is the cause of it all.”

Cynthia said they have had issues and she decided to look for one of her best friends, whom she could confide in, only to learn that she was to already wrecking her marriage.

“I did not know they were already in a relationship. I learnt later after he started sleeping out and they both would not receive my calls.”

In March, the gospel rapper denied his marriage is on its deathbed, and posted a video of his family hanging out.

However, he deleted his wife’s pictures from his Instagram page.

Reached for comment, he was noncommittal about his wife’s post. “I have told you many times that I don’t respond to anything negative,” he said.

However, he commented on deleting her photos. “The reason is because a celebrity is also human. He can also decide to delete things from their page. It is not a must that it is a negative reason, there are other reasons,” he said.

Cynthia says her best friend has since blocked all her phone numbers plus in all her social media platforms.