WHAT YOU WON'T DO FOR LOVE

• Comic says his wedding is not a personal affair, it's an international affair 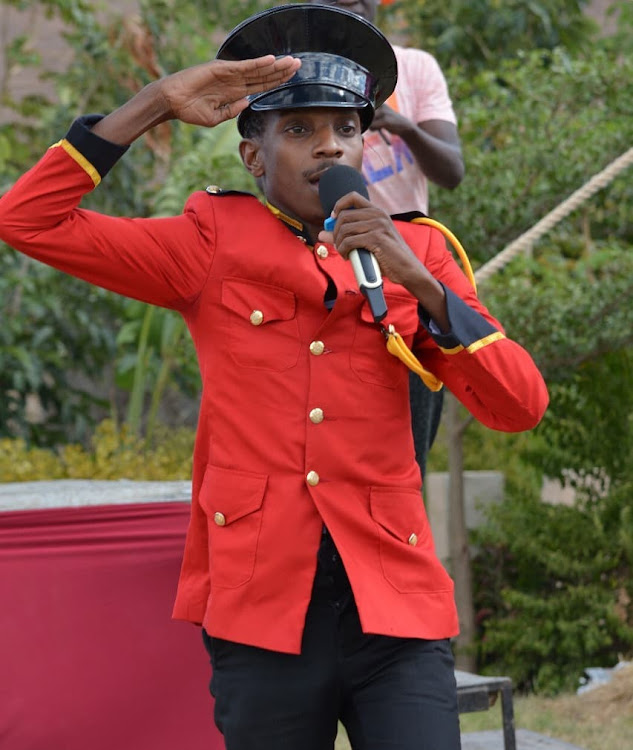 President of comedy Eric Omondi wants Kenyans to help him have a big-budget wedding to his Italian girlfriend Chantal Grazioli.

"My wedding is not a personal affair, it's an international affair. Kenya is marrying Italy and it's [Italy] coming to Kenya with all the benefits we need," he told Word Is on Monday.

"Our wedding hasn't happened yet because I'm waiting for you [Kenyans] to help me fundraise. I need Sh80 million; for the dowry payment, pre-wedding and main wedding. Soon, I will share M-Pesa number so people can contribute something," he said.

Omondi said he's planning for a big surprise in mid-June, and once he gets the cash, he will first go to Italy for ruracio (dowry paying ceremony).

"I'll go for the ceremony accompanied by 15 people, among them Hon Babu Owino, Governor Sonko, and Hon Jaguar. I will have to hire a private jet," he said.

The comic has left many in stitches after he made a joke about Manchester United, who finished sixth in the just-concluded English Premier League season.

He told Word Is he is impressed by the joke going viral. "I feel nice because that was my hope," he said.

Omondi is currently promoting his brand, where he tours local stadiums. "The tours are a way to meet my fans on the ground and appreciate their support. I'm planning to do all the 47 counties before the end of the year, and so far, I've done 16. It's the best thing I've ever done," he said.

Before the event goes down, Eric, who'll be in Mombasa this weekend, said he and his team travel to the county seven days earlier, do road shows and have a meet-and-greet with fans just to familiarise themselves with the environment.

The comedian has another project world tour, which is sponsored by Kenya Airways. He says the main aim of this project is to "market Kenyan comedy to the world, meet my fans, and of course, further the President's narrative. I push KQ's brand and in return, they give me free tickets".

He said while starting, he faced a lot of challenges, but later, top corporates came on board. Eric says security comes first during the stadium tours. "Safaricom, one of our sponsors, is very strict on security because of various reasons," he said.

Omondi says he has a lot of things lined up for this year, and after the stadium tour ends, he's going to work on a comedy movie together with fellow comedians, including Chipukeezy.

He talks about current affairs in his viral videos and also imitates the real life of Kenyan slay queens. "The culture in Nairobi inspired me to start doing the videos. Nairobi is run by slay queens and also, my sisters slay a lot. I've grown up with them, have female friends... So they're things I see every day," he said.