• In the song, he has babes grinding on him in booty shorts, 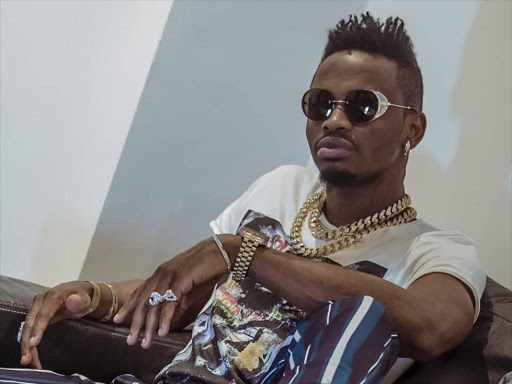 After stories going around on social media that Diamond's father Abdul Naseeb is in a critical condition, a video of him singing is doing the rounds.

In the song, he has babes grinding on him in booty shorts, something Diamond is also fond of.

Tanzanians are now asking what happened to the ailing Abdul, the man who was crying out in pain to the public, seeking support from fans and family? Was it a stunt? He expected love from his fans but the trolls are too many, telling him music is not his thing.

According to stories out there, Diamond’s father was a deadbeat up until his son become famous, and now he is crawling back to him and the family.