Mystery as Maribe friends get texts 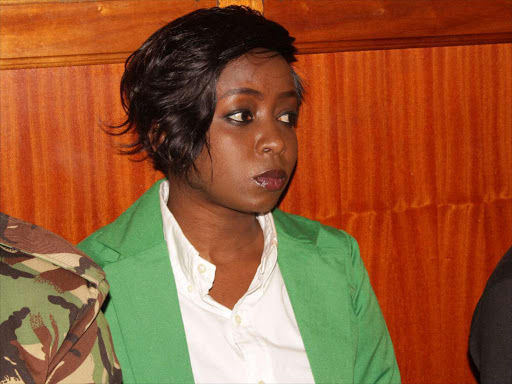 Jacque Maribe at a Milimani court on Monday, October 15 where together with Joseph Irungu was charged with murdering Monica Kimani. PHOTO/COLLINS KWEYU

Jacque Maribe, through her lawyer Katwa Kigen, has raised an issue with how the prosecution is using her iPhone.

She says since she surrendered her phone to aid investigations into the murder of businesswoman Monicah Kimani, her pals have told her they have received messages from her phone.

Jacque’s pals told Word Is: “We had to ‘left’ her from various WhatsApp groups in which she was in because we realised the messages were being read. And you know some of those groups have crazy stuff on there,” our source said.

Adding, “Once she gets back her phone and number we will add her back.”