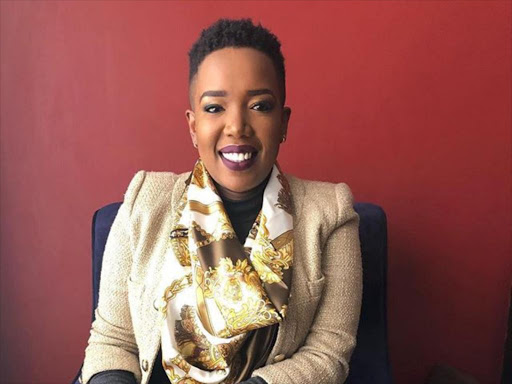 Former Citizen TV news anchor Kirigo Ng’arua, who is Jacque Maribe’s close friend, has refused to comment on claims that she warned the embattled TV star about her fiance, Joseph Irungu, aka Jowie.

The celebrity couple are incarcerated after they were linked to the brutal murder of Monicah Kimani at her posh apartment in Kilimani.

Our source, who is privy to the relationship between the girls, said: “Kirigo was the only one who saw through Jowie for who he was. There was a time she had a public altercation with him because Jowie found out she was telling Jacque he is not worth her love. This altercation coloured their relationship going forward.”

The source also said Kirigo was not present during Jowie’s public proposal to Jacque. She was away for a job, or other engagements.

“After all what could she do, they are friends first before Jowie was in the picture and even after he leave, she will still be close to Jacque,” the source said.

After Jowie was arrested last week, Kirigo posted on her social media: “As I start the week, I am thanking God for the gift of life and health. Last week was a messy one but guess who is back! also I just wanted to post the picture cause I know I look beautiful. That’s all.”

Kirigo has refused to comment on this matter. When Word Is reached out to her, the response was cold as an ice box. “Who is that giving you that information? Then ask them their thoughts as well. I don’t want to comment about that.”

Maribe is still locked up at Gigiri police station after a court on Monday allowed police to hold her for 10 days.