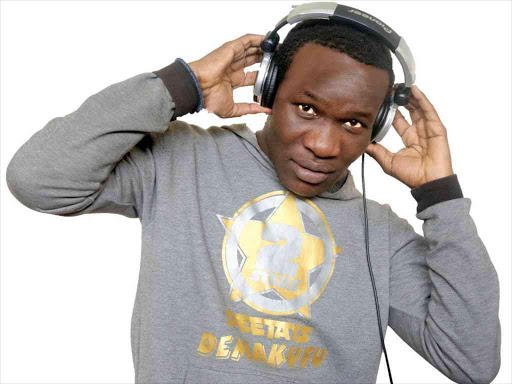 Martin Owaka, better known as Demakufu, has revolutionised street deejaying and now he has gotten into teaching his skill and craft to other young, aspiring deck masters.

Wasike, one of the students, says he is happy to have a supportive mother who has given him a chance to follow his dream.

“Parents should not dictate what their children should do but instead support them. I have been here for a week and so far I’m impressed. I hope after leaving the academy I will be a great DJ out there, just like Demakufu,” Wasike said.

Known for his prowess on the decks, Demakufu has become a darling to many Kenyans thanks to his mix tapes, which are played in matatus, kiosks and clubs.

“I started out called DJ First Born, but one day when I went to a friend who was supposed to do a drop [a point in a music track where the deejay inserts his name or a popular soundbyte or siren that then becomes his signature] for me, and instead of saying ‘DJ First born’, he said Demakufu, and every time my music used to play, people would grab the word Demakufu. I liked it as well and changed my stage name to DJ Demakufu.”

The street deejay, who came to Nairobi a few years ago, has transformed into a superstar. Demakufu revealed to us that he joined a college in Nairobi to study computer engineering course, but because his dream was to become a DJ, he enrolled at another college, where he studied deejaying.

The spin master was forced to do side-hustle jobs to pay for his course, and finally, he graduated from a deejaying school, which came as a surprise to his parents.

“At first my parents were against me being a deejay. They thought it was waste of resources. But after I told them that I was serious, they supported me by buying me a Sh150,000 mixer.”

Demakufu says if he was not a deejay, he would be a matatu driver. “Deejaying pays, provided you are patient. Top local decks master DJ Joe Mfalme inspires me a lot”.

Demakufu thanked the matatu industry for supporting his music.