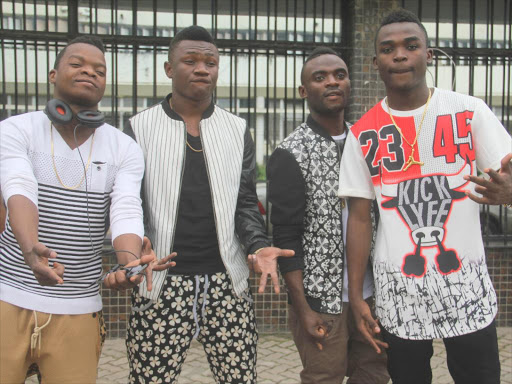 Dogo Aslay, real name Siaka Nasor, has been blamed by his fellow band members for the split.

During a recent radio interview in a Tanzanian local radio station, band member Bakar Abdul, alias Beka, admitted that they have been forced to release singles because Aslay departed.

Aslay released a new single, Kida, without consulting his bandmates.

“We were shocked by his move, but after we informed our boss Mkubwa Fella, he said we can go ahead and release our songs because we are growing in the industry,” Beka said.

However, Aslya said he is still in good terms with his colleagues.

“Whatever you have heard about the split are just rumours doing rounds on social media. They cannot be substantiated,” he said.

“They are still a team because they still perform together,” he said.

Word Is has, however, established that Aslay has frequently been seen with Ali Kiba, who is the biggest rival of Diamond. Team Kiba and Diamond’s Wasafi Classic are always in competition.