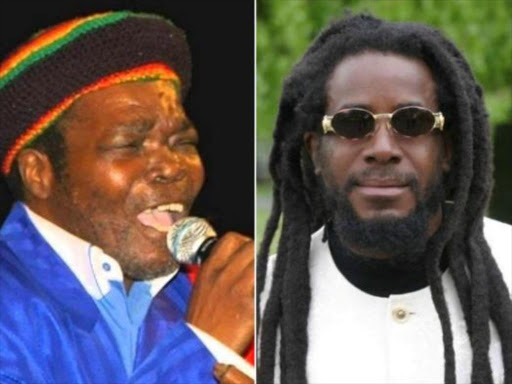 Original composer of Cherry Ooh Baby and Land of My Birth hitmaker, Eric Donaldson landed in the country last week to join his colleagues Pam Hall, Half Pint, Lerroy Sibble and Endel Major for the Rise Up Festival slated for Saturday October 1, at Carnivore Grounds.

This will be a great chance for lovers of old school reggae music to reminisce as they put faces to the voices that charmed them back in the days. Besides enjoying the music, the Kenyan edition of the Rise Up Reggae Festival, will raise funds for a good cause.

According to a press statement sent to Word Is, some of the great reggae artistes who swayed us with their smooth Rock Steady and Lovers Rock back in the days are in the country for a charity cause that seeks to build two libraries - one in Kibera and the other in Bondo.

The artists will be joined by the Kenyan counterparts including Nazizi, AbakiSimba, Lavosti and Gilad who are all so excited about lending a hand and a voice to this humbling initiative.

some of their community driven projects. This will be their first annual music festival in Nairobi, Kenya.

Post a comment
WATCH: The latest videos from the Star
by GRACE KERONGO, @hotsecretz
Word Is
26 September 2016 - 06:00
Read The E-Paper