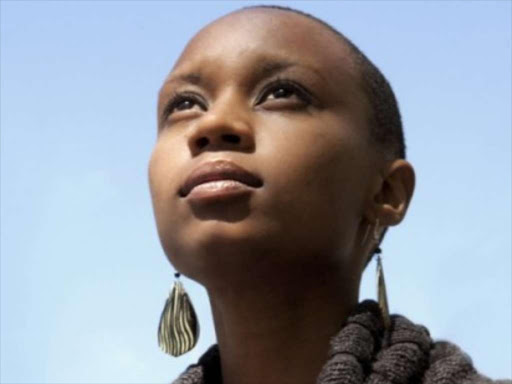 Kenyan award winning filmmaker Wanuri Kahiu has been named an African Innovator for her new project. Wanuri shot to fame for her 2009 short film, Pumzi. It is set 5 years after a water war devastated Earth, the film follows a young scientist who escapes life underground in the hopes of bringing life back to the planet’s surface. The film was screened at the 2010 Sundance Film Festival’s New African Cinema program.

If you haven't seen Pumzi, here is the trailer.

Beside Pumzi, Wanuri worked on a documentary of Sudanese actor, model and filmmaker, Ger Duany, titled Ger: To Be Separate.

Read more about the film project:

Together with Nigerian-American film producer Nnedi Okorafor, Wanuri was named Quartz African Innovators list for their feature-length animated film, The Camel Racer. Okorafor has written multiple science fiction novels set in an Africa that is at once familiar and far-away. Her novella Binti, the story of the first woman of the Namibian Himba tribe, who struggles with her traditions as she studies the galaxy at a prestigious higher learning institute in space, just won a Nebula award.

“People ask if it’s difficult to blend science fiction and Africa,” Wanuri said at the Quartz Africa Innovators Summit in Nairobi, where 32 honorees selected by Quartz were celebrated for their contributions across business, technology, education, and culture. “As far as I know, science and Africa have never been separate.”