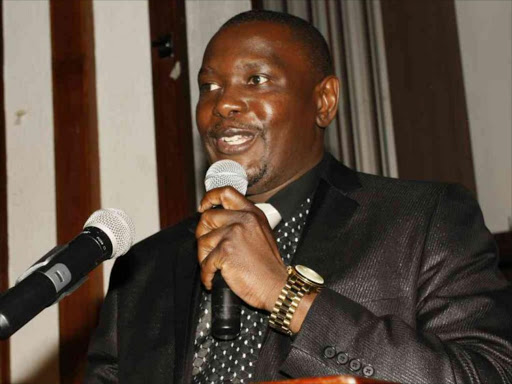 Celebrities are divided over the 30-day suspension of the Music Copyright Society of Kenya CEO, Maurice Okoth.

He added, "I would like to tell Bernard Mukaisi, the MCSK chairman, this is not the national festivals where you are writing a dramatic play to be consumed by us, artistes. We want the whole tree down. Its fruits are rotten."

In a phone interview with DNA, who is currently in Las Vegas, the Okota hit maker said, "The letter of suspension is very ambiguous. Yes, it has specific accusations but I would like Maurice to respond to them in public, then I can form an opinion. I have been very vocal about the issue but the more I do my own investigations the more I realise there is a lot I don't know. For now I will say, I have no comment till I hear what Maurice has to say about the letter."

However, Elani, who recently opened up a can of worms over dubious payments made by MCSK, said the group is "glad that strides have been made and action is being taken in the right direction since the release of #ElaniSpeaks."

Maureen Kunga, one of the band's members, said: "Maurice Okoth's suspension and the investigation into his actions is only the first step. We hope to see progress towards the support, promotion and protection of the artistes' fundamental rights and intellectual property. We urge all artistes to be persistent in the pursuit of the change that we want to see and that we have the power to make," she said.

Okoth was suspended on Tuesday by MCSK board of directors.