A political night of a thousand laughs 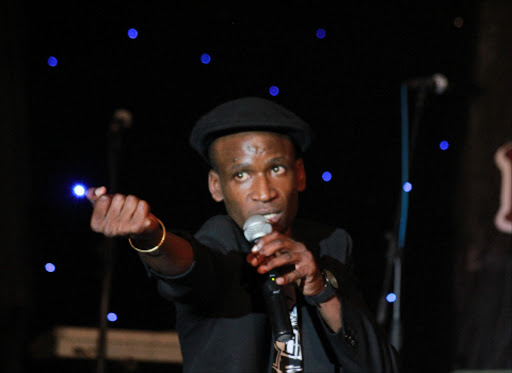 Nairobi was home to a Night Of A Thousand Laughs on Saturday night. It hosted Kenyan comedians including Kiss 100's Chipukeezy, Ayeiya, Butita, Sleepy and Wa Kimani at the Carnivore Grounds on Saturday. Visiting comedians like Malawi's Daliso Chaponda, Uganda's Pablo and Salvador were joined on stage by Nigerian Buchi and Basket Mouth.

Buchi said the event "is considered a huge platform for comedians back home. It placed Nigerian comedians on the world map. It is taking comedians places."

Daliso was the star comedian of the night. He brought the house up with his punchline jokes and his entire set left the audience in fits of laughter. He brands himself as a citizen of nowhere. Daliso who is a son of a Malawian government official doesn't shy from critiquing the government. He told Word Is, "I almost got arrested in Malawi. During a show in the country I spoke about the shortfalls of the government and I woke up the next morning to headlines that read 'Minister's Son Criticizes Government'. I even got calls from the censorship board threatening to arrest me. My dad was worried he would loose his job. He was being asked by his colleagues, 'Why can't you control your son?'."

And true to Daliso's style he still had a thing or two to say about his dad and the government.

Opa Willaims the event organiser said, "This event is aimed at promoting one Africa, one blood. It's an African way of life to be merry all the time. I want this property to develop talent then export it."