When zebra seem to laugh

• They appear to be laughing as they raise upper lips 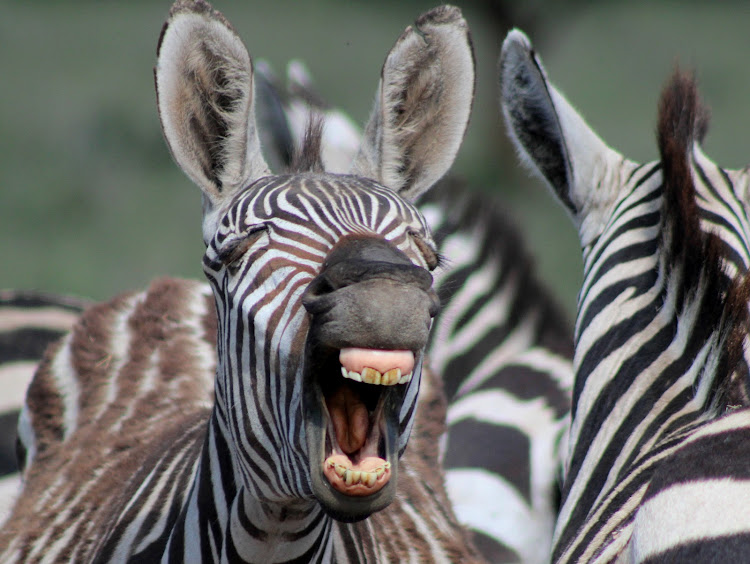 Year after year the plains zebra faithfully return to the Nairobi park to seek fine pasture. In recent years this feat is becoming more and more challenging with the pressures of human encroachment. So it is again amazing that they returned in such numbers this year, totalling quite a few thousand.

It has always been a favourite habit of mine to approach a herd of zebra, slowly idle and edge the vehicle closer and closer until virtually in the middle of the herd and then switch off the vehicle and observe them. Zebra’s have some very interesting antics and habits. A particularly strange and interesting observation is when they appear to be laughing as they raise upper lips to expose their teeth, revealing a humorous grin-like grimace.

Scientific research has revealed that zebra use their teeth for a number of reasons. Firstly to show aggressive “stay away from me” body language or “I will bite”, and secondly in what is known as the Flehmen response (a biological response to smell). They curl back their upper lip to activate an organ that allows horses to sense chemicals in the air, particularly pheromones, therefore allowing stallions to sense if mares are ready for mating.

There are two sub-genus of zebra, namely Hippotigris and Dolichohippus. There are five sub species across Africa in the genus Hippotigris of which the plains zebra in East Africa is part, each with unique patterns.

The name zebra comes from the old Portuguese word “Zevra”, meaning “wild ass”, and in Swahili, they are known as Punda Milia. They are quite observant and very sensitive regarding predator awareness. However, sometimes predators like lions are successful in making a zebra kill, but very often the lions are frustrated and miss a possible kill, giving the relieved but thankful escaping zebra a “last laugh”.