Sights and sounds at the park

• The delights of lion cubs at the park 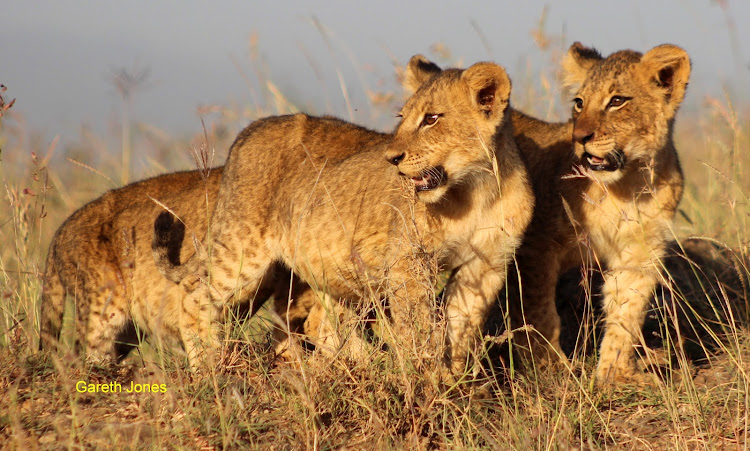 Lion cubs are indeed very cute creatures and sightings are immensely enjoying by those who see them. However, while there are playful and joyful moments, being part of the “royal cub club” in any part of wild Africa is often very sad for many cubs, as this article will highlight.

About eight years ago I watched a lioness we called Mica with her family for some time late one afternoon. Her two young cubs were lying next to her, however I was glad to see her two older (two years and two months old) offspring lying nearby, Raffie and Elsie. Raffie had a very swollen mouth, possibly caused by a porcupine quill that lodged in his mouth the previous week.

But the little cubs seemed to be really enjoying the wet conditions, as they played happy games like "catch me if you can", "jump the puddle" and "catch the tail". It was delightful to just sit and watch them as they played in and around the muddy road. The joyful mood of the cubs seemed to lift the somber mood of the other lions, much like young human children often lift our spirits at times.

So effectively, while us humans mostly see the softer side of “Cub Club”, in reality it is a very tough cub club to be in, and graduating to adulthood is the privilege of the select few. Only about 1 in every 8 male lion cubs make it to adulthood. Lion populations in Africa have plummeted drastically in recent years, from well over 200,000 a hundred years ago to less than 20000 currently alive, Lions are seriously in danger of being endangered and threatened species. We hope and pray that the future of the “Cub Club” will be kept intact as mankind works together to protect them.

For more information on the park you can link to the following website www.kws.go.ke