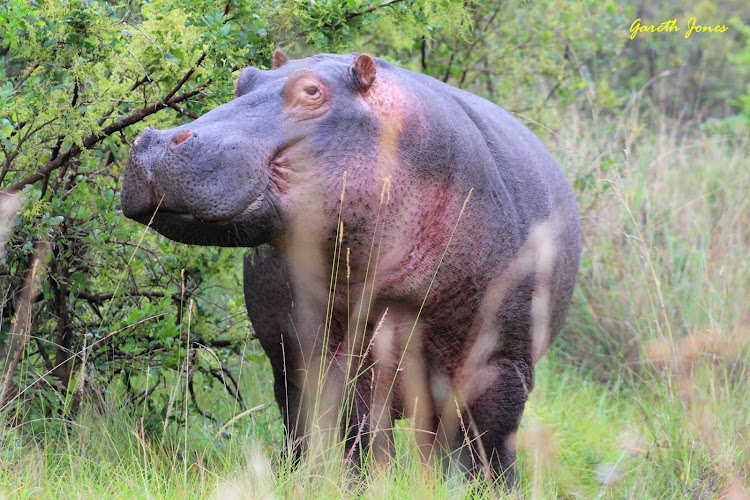 Some years ago early one morning as I drove though the Langata forest, on a chilly dull overcast day. Suddenly a huge shape appeared in an open area on my left, it was a hippo lying down resting, no doubt after a night of feasting on the lush green forest grasses due to the recent good rains.

Wow! What a great and unusual sighting to see such a “surprise guest” in the forest. I thought for a moment on how ironic it was that the hippo appeared to be “smiling” as a “hippo on the go”, while in fact, it is a very dangerous animal. The word Hippopotamus comes from the Greek and it means River (potamos) Horse (hippos). In some languages, the name has been translated to “river horse”. The ancient Greeks and Romans called the hippopotamus the “Beast of the Nile”.

Hippo bulls can weigh well over 1,500kg and can run on land at speeds of up to 30km per hour. Hippo’s have a nasty reputation in Africa because of their aggressive nature, while people are collecting water in the early morning or late afternoons. With so many dangerous animals in Africa, many people often overlook the fact that hippopotamus as a species are actually the biggest killers of humans out of all the large African animals. Although hippos are herbivores, these highly territorial animals are estimated to kill well over 500 people each year in Africa.

Hippopotamus can live up to 50 years. Would you believe a hippopotamus cannot swim, but they can walk or run underwater at a speed of 15mph. A visit to the Hippo pools in the park is a worthwhile and rewarding experience, but please do not venture alone; hippos are dangerous creatures, armed rangers will escort you. Yes, indeed, the hippo is another amazing creation, indeed the ‘river horse” has a fearsome reputation throughout Africa.