The thrill of the ride at the Rhino Charge 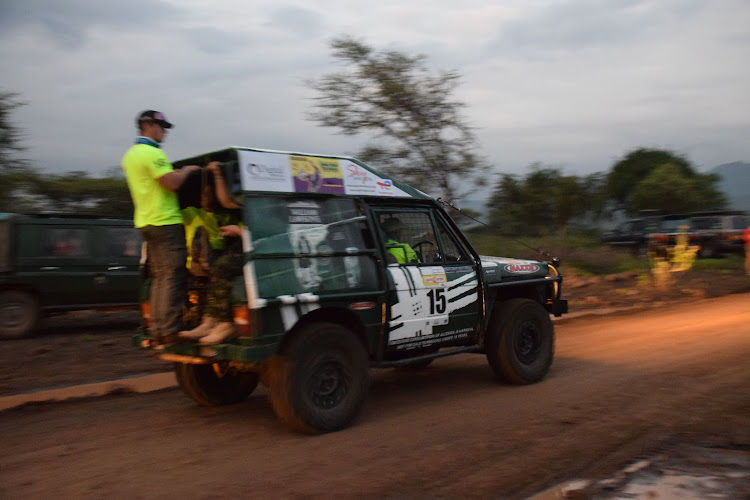 As a first time-charger, substituting for my injured wife in car 15 branded Kifaru Kwanza (Rhino First), I didn’t really know what to expect or what was expected of me. I was to be one of the runners in the team, responsible for finding the quickest and most direct route the car could take between guard posts without tearing itself to bits.

The Rhino Charge is an annual event that exists to raise funds for Rhino Ark Charity. This is an organisation that does amazing work protecting the water towers of Kenya that we depend upon so heavily as well as working with communities to diversify sources of income and provide less resource-consumptive livelihoods.

There are up to 65 teams, who each spend the whole year tinkering with their vehicles. These can range from a standard road car to machines that are capable of the most remarkable feats that really seem quite impossible to the uninitiated. The challenge is to do the least mileage possible within the allotted time of 10 hours, avoiding roads and staying under 40km per hour.

The course changes location each year and the exact location is only released a day before, so reconnaissance is not an option. The course is carefully selected to include a range of obstacles that will challenge the technical capabilities of the team and their vehicles, as well as ensure different communities in different parts of the country benefit from the income and employment the competition brings each year.

Part of the course, known as running the gauntlet, attracts several times more mileage as well as generally being one of the more technically difficult parts of the course, where competitions can be won or lost and where tactics and pinpoint navigation are the key factors. In practice, this may mean ascending and descending down vertical cliffs or river banks using built-in winches, and this is where effective team communication really does come into its own as mistakes can be extremely costly.

However robust the vehicle, damage is fairly inevitable. Before we had reached our first guard post, a tree stump had punched a hole in the front differential, necessitating a display of bush mechanic skills. And in what is known as the spirit of the charge, another team generously donated some equipment to effect emergency repairs. Having recovered from this potentially abrupt exit, we managed to storm through the next nine checkpoints, charging through thick brush, up and down almost vertical slopes and drinking water and rehydration salts like they were going out of fashion. 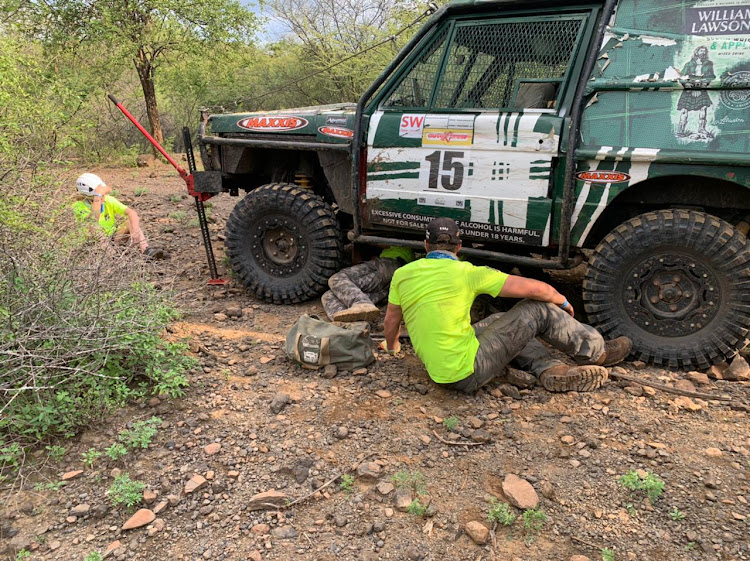 Car 15 during a repair
Image: HANDOUT

The hazards of wait-a-bit thorns regularly stopped the runners in their tracks, grabbed pieces of clothing or left bloody streaks across limbs or faces. And this year, the famous Baringo bees added an additional challenge, leaving more than one competitor temporarily incapacitated with their potent stings.

We found ourselves with an hour left to get to one last checkpoint and back to where we started. This was achievable and in fact, our prospects of a podium finish looked strong, but Lady Luck was not on our side. One obstacle too many left the front wheels pointing in different directions. Closer examination showed the steering rod had bent and even with the best attempts at field repairs, it was all we could do to limp to the finish line, coming in at a respectable 29th place overall.

It’s not all about race day, however. It’s an opportunity to rekindle old acquaintances and initiate new ones. To swap stories over a cold beer and see parts of the country that don’t feature on tourist trails. This has become a truly global event, with people travelling from as far afield as the US, Denmark and the UK to compete and spectate despite the restrictions imposed by the pandemic.

But most of all, it’s about preserving these all-important forests on which all of us depend, and equipping communities with the skills to diversify their incomes and support their families. Looking forward to the next one already, hope to see you there. 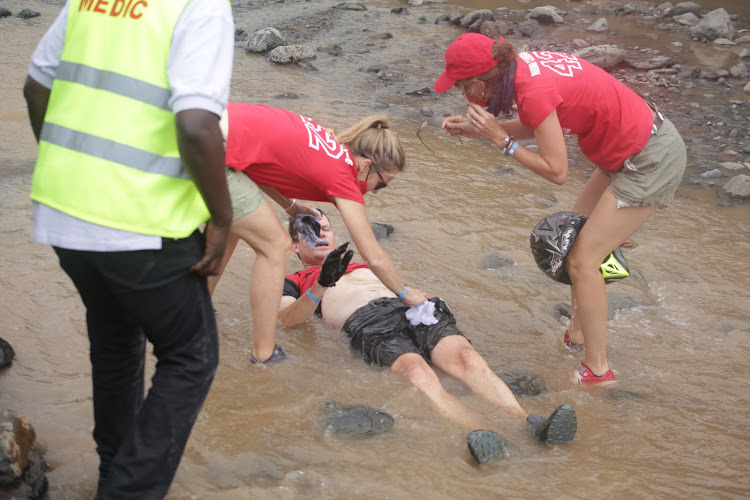