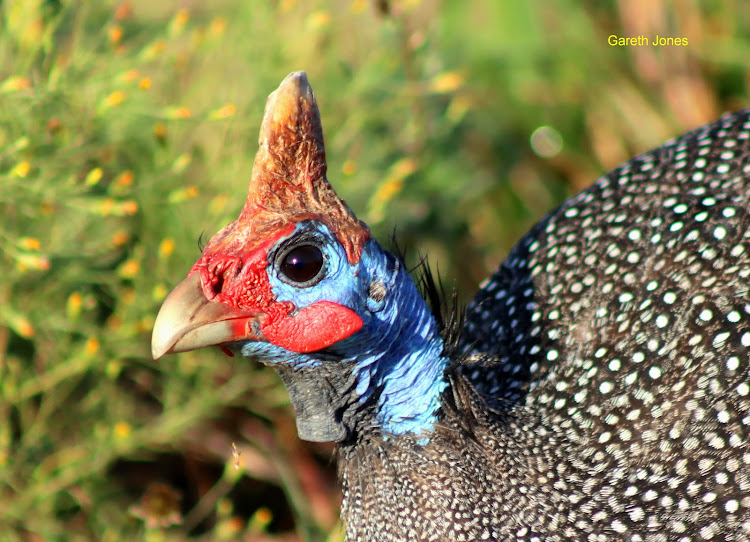 Guineafowl play a major role in the process of reducing pests such as ticks. Ticks carry diseases, like micro biological pathogens. One recorded case is the famous lioness “Elsa”, who died in the Meru National Park after being infected with tick bite fever due not having resistance to the babesia leo protozoan parasites. Guineafowl are indirectly one of the best friends that lions could ever have. They eat thousands of ticks that are not on animals, by continuously searching and scratching on the ground. Guineafowl should be appreciated more due to their special role in pest reduction.

There are nine recorded sub-species of helmeted guineafowl across Africa. Typically flocks of about 25 birds roost communally. They can walk over 10 km a day, and are well-suited for running while maintaining dynamic stability over rough terrain at speed. They make loud harsh calls when disturbed, at times resulting a sighting of predators like a serval cat for those who listen, and then wait and observe. Remarkably the Nairobi National Park also has the very rarely seen forest Crested Guineafowl (Guttera pucherani) resident within the park.

The “bluetiful” guineafowl can be very rewarding for those who take the time to slow down and watch there activities, particularly in the early mornings and late afternoons.

For more information on the park link to the following website www.kws.go.ke