• This partnership allows Mama Money customers to easily send money to any AFC Commercial Bank branch for cash collection at 45 locations across Zimbabwe.

• The company founded by Raphael Grojnowski and Matthieu Coquillon aims at making a positive impact on the lives of underserved migrant communities in SA. 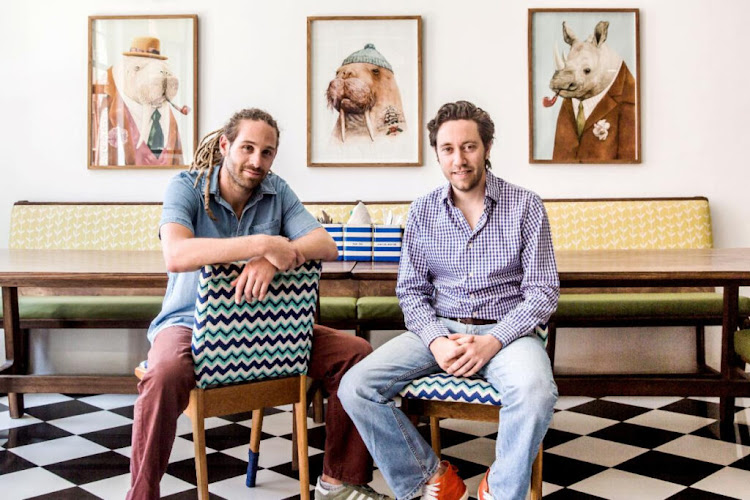 This partnership allows Mama Money customers to easily send money to any AFC Commercial Bank branch for cash collection at 45 locations across Zimbabwe.

Mama Money facilitates money transfers to over 50 countries across Africa, Asia, and Europe.

It also offers banking services and money transfers to South Africa from Europe and other regions.

Mama Money CEO Nicolas Vonthron said that they have made a lot of progress in bringing down the cost of money transfers but there is still more they can do to support the Zimbabwean community in SA.

“We want to reduce the cost even further and offer a super reliable service. Our partnership with AFC Commercial Bank will help us achieve this and we’re extremely excited to see the impact this will have for people who need an easier way to send money to Zimbabwe,” Vonthron said.

He also said that they want to reduce the costs even more as they expand and launch their services in more countries around the world.

“We feel we have a lot of progress in bringing the price down, there’s a lot more we want to do to support the Zimbabwe community in South Africa,” he added.

AFC Commercial Bank MD Ken Chitando said that it is very easy and convenient for recipients to collect their cash no matter where they are in the country thanks to their extensive network in Zimbabwe.

“We are continuously expanding our network. We are confident that this relationship will add convenience to all our customers as we expand our financial services countrywide,” Chitando said.

Mama Money and AFC Commercial bank are working together to improve access to critical financial services by underserved communities in both South Africa and Zimbabwe.

This is achieved by making it easier, faster, and more affordable to send and receive money.

Monthly remittance flows from South Africa to Zimbabwe are estimated at $30-$60 million through both formal and informal channels and account for over 10 per cent of the country’s GDP.

This is according to World Bank.

According to Mama Money, the cost of sending money to Zimbabwe can, however, significantly reduce the impact that remittances have as these funds are predominantly used for critical needs.

These include school fees, healthcare, and housing.

In 2015 the average cost of sending money from South Africa was 14 per cent.

In the same year, Mama Money launched with a fee of five per cent.

Today, the average cost of sending money from South Africa is seven per cent, which is much closer to the worldwide average of six per cent.

The company founded by Raphael Grojnowski and Matthieu Coquillon aims at making a positive impact on the lives of underserved migrant communities in SA.

An advocate's view on assisted reproductive technology and the law

Denials of male infertility have led to the shaming of the affected men, infidelity and broken marriages.
Health
2 weeks ago

Two Kenyan IT startups to benefit from mentorship, investors

This will accelerate the scale up of assistive technologies to the market.
News
2 weeks ago
Post a comment
WATCH: The latest videos from the Star
by MELINDA KIRWA
Technology
25 January 2023 - 21:50
Read The E-Paper