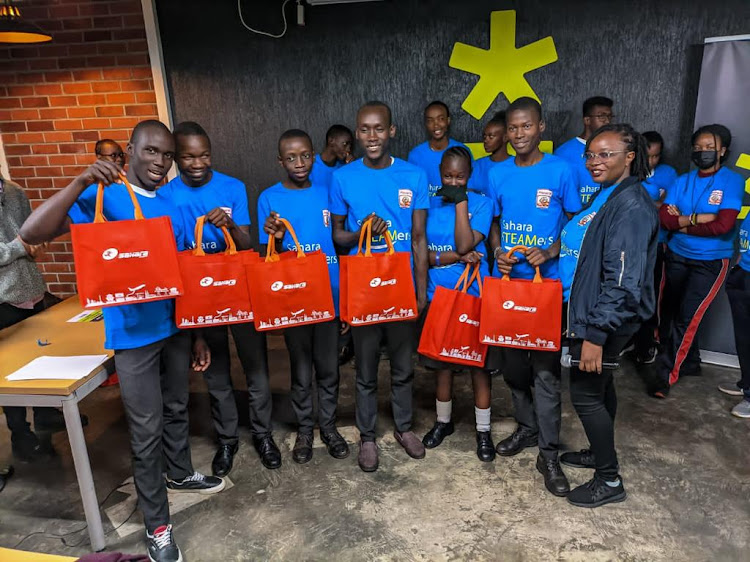 The competition, which was sponsored by the Sahara Foundation STEAM Regional competition, saw three teams from Nigeria, Kenya and Uganda compete in Lagos.

The Kenya edition was held at Ihub in Nairobi, hosted by Asharami Synergy Kenya, a Sahara Group company.

They explained that the device will help in reducing home and car burglaries in Kenya.

The device is also designed to reduce energy consumption.

"The inspiring presentations should lead you to explore and stretch your creativity towards building viable solutions to socio-economic challenges in Africa," Country Manager, Asharami Synergy commended the Olympic High at the event.

Adesanya commended the students for displaying a profound understanding of embedded systems and the ability to use human-centred design to create sustainable solutions to prevalent social problems.

The STEAM competition featured 150 students who were given opportunity to access deep-dive classroom learning and practical forums.

In June, the foundation, hosted the Nigerian edition that saw the participation of Igbobi College, Yaba and Oshodi Junior High school, Lagos, compete to represent the nation in the regional Demo grand final event.

Kenya's tech hub: Meeting the DIY coders and gurus of the future

It's godsend for Kanga and over 200 others in Rongai who previously were at the mercy of brokers.
News
4 weeks ago

The firm is keen to grow shipment numbers in key markets including Kenya.
Business
4 weeks ago
Post a comment
WATCH: The latest videos from the Star
by BERTHA OCHOMO
Technology
29 August 2022 - 11:44
Read The E-Paper