Tinder: Women's safety now at the heart of the app

Tinder has faced scrutiny over abusive interactions on the service.

•The aim is to produce an in-app programme to educate members in safe, competent dating.

•In the US, Tinder's in-app safety centre offers background checks on matches, through a partnership with non-profit organisation Garbo. 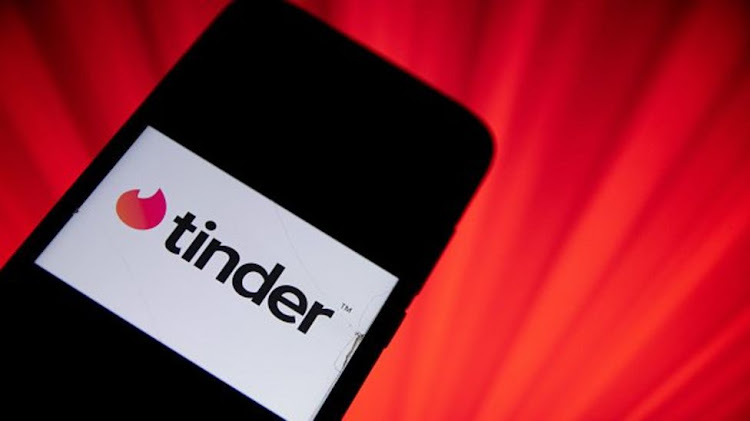 Keeping women safe is now "at the heart" of the world's largest dating app, Tinder, it claims.

The technology company is launching a partnership with campaign group No More, aiming to end domestic violence.

But charity End Violence Against Women says it is only a "small step" in addressing the disproportionate amount of abuse women experienced online.

Tinder has faced scrutiny over abusive interactions on the service, with concerns dating apps are attracting sexual predators.

Ms Nyborg, 36, says one of the ways she is addressing those concerns is hiring more women across the company, having increased the number working in the Tinder product team by 30% since taking up the chief executive role, in September 2021.

"I think there is a difference between knowing something is important and feeling it," she tells BBC News.

"Like any woman, I can count all of the experiences that I've had that I maybe didn't want to have - from the way that you're being addressed, to the way you're treated at work, to the way things can happen when you're actively dating.

"I think every woman that I speak to has had many experiences like this - and I do think it helps to have some strength in numbers."

"Dating apps are a really popular way for people to meet each other," she says, "but there is also a really worrying side to the way perpetrators are exploiting this to meet potential victims, resulting in a reported increase in rapes of women using dating apps.

"Tech companies like Tinder ultimately profit from a business model that ignores the abuse facilitated by its services.

"It's critical they are held to account for ensuring users' safety."

It is hoped Tinder's partnership with No More will address some of these concerns.

The aim is to produce an in-app programme to educate members in safe, competent dating.

No More will also provide training to Tinder staff.

Ms Nyborg says: "We believe that positive relationships start with the first swipe.

"The way that you interact with someone, literally from the very first message, may set the tone for the relationships that you have."

No More global executive director Pamela Zaballa tells BBC News: "I think it is very important for Tinder to make sure that they're educating their users, not only warning them about bad behaviours.

"We are seeing this confliction between digital and in real life, so we need to make sure that anybody who is dating online is safe - and that starts with education.

"We understand the challenges that women have - that's the crux of what we do - but I think safety in general should be a top priority for Tinder and not just women but anyone using the app."

Dating apps have no legal duty of care towards their users.

Campaign groups have been calling on the government to address the violence women and girls face, in the Online Safety Bill.

But the legislation is now on pause until the autumn, when the government expects to elect a new prime minister.

Tinder has launched a number of safety services in the past year.

Abusive and harmful messages are now automatically detected, with senders asked "Are you sure?" and recipients "Does this bother you?"

"We've seen an increase of 50% in people reporting things that they may not like," Ms Nyborg tells BBC News.

"Are you sure?", meanwhile, has helped reduce inappropriate messages by 10%, data from Match Group - which owns Tinder, Match.com, Meetic, OkCupid, Hinge, and Plenty of Fish - shows.

"But since I became CEO, we've started making trust and safety, the heart of some of our marketing campaigns."

In the US, Tinder's in-app safety centre offers background checks on matches, through a partnership with non-profit organisation Garbo.

And the Rape, Abuse and Incest National Network has developed a way of reporting former abusers in a match list.

Members can also use a panic button and, in countries where the law allows, ID verification.

"We've been incredibly impressed with the uptake of verification," Ms Nyborg says.

"In the months that it's been live, we've seen that almost half of our members will self-select, to verify themselves - the great thing about this is, it's a safety feature."

But Derrian Douglas, 24, from New Jersey, who met her boyfriend on Tinder, says the safety features could be better signposted.

"By saying, 'Hey, we're going to make it really safe for you guys,' people might stay in touch a lot longer and they might feel more comfortable going out and meeting people they normally never would," she says.

"I would always let my family know or my friends know where I was going.

"I'd say, 'If I don't reach out to you in a few hours, you know, come find me,' because I think that at the end of the day, you hear a lot of scary stories about dates gone wrong."

Lizzie Atkinson, 27, from Middlesbrough also met her partner on the app.

"I never really considered the in-app safety features of Tinder because I thought the responsibility was on myself to do that," she says.

"I would always have my own safety back-ups - things in place to protect myself - like telling my friends, 'I'm going on a date - here's my location.'"

Dimpho Thepa, 24, who has been verbally abused using Tinder in her home city, Johannesburg, agrees.

"You're trying to take measures as a woman to protect yourself," she tells BBC News.

"Before I go on a date, I have to tell at least two friends and I'll have to have a code word.

"I also have to have a live location on WhatsApp - it's a whole lot of admin."

A lot of young women worry about meeting people in real life, dating coach and matchmaker Alexis Germany says, "especially when they're getting invited to 'Netflix and chill' and things like that"..

Ms Nyborg, meanwhile, is keen to reiterate how important safety is for Tinder to stay competitive and relevant.

"It can't feel exclusive, it can't feel like a side project - it needs to be at the very heart of the company mission," she says.

Chebukati slams State over arrests of 3 Venezuelans at JKIA

"They are key personnel responsible for deployment and management of election technology."
News
3 weeks ago

The tech billionaire has accused Twitter of withholding information about fake accounts.
Sasa
3 weeks ago

Apple releases vision for healthcare in the future

It plans to add capabilities related to women’s health and body-temperature monitoring.
Sasa
3 weeks ago

The feature is now available globally for all users.
Sasa
3 weeks ago