Experts laud the fact that financial education is now more accessible, but they also advise caution.

•Millions of young Indians opened trading accounts during the pandemic.

•For Gen-Z and millennials, YouTube is a university now in India. 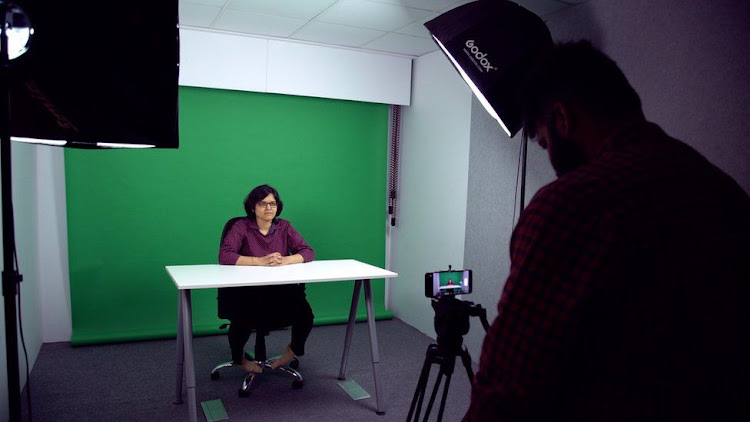 When the pandemic hit two years ago and movie studios in Mumbai downed their shutters indefinitely, 23-year-old filmmaker Shivam Khatri decided to teach himself a skill he'd not learnt at school or college - managing money.

He rummaged through books and tutorials, but quickly learnt that it was the young financial content creators on YouTube that spoke his language.

"Their videos are simple and easy to understand. And they cover a variety of topics," Mr Khatri says.

One of the creators he followed avidly was Rachana Ranade, whose impish, breezy manner of breaking down complex financial jargon into easily digestible content has earned her 3.5 million subscribers on YouTube - proof of a growing appetite for easy-to-understand financial content among India's young, tech-savvy investors.

In her swanky new office in the western city of Pune, Ms Ranade showed us a wall-to-wall graphic that mapped her rise as a YouTuber. She uploaded her first video in February 2019 and in barely five months she'd reached 100,000 subscribers. Her growth since then has been nothing short of meteoric.

Ms Ranade often gets mobbed for autographs and selfies - the kind of adulation normally reserved for Bollywood celebrities or cricketing icons. 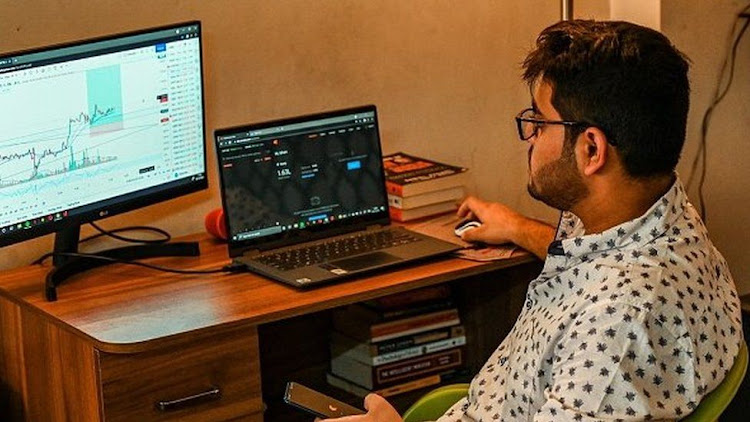 An unabashed movie buff, one wall of her office features quotes from Bollywood superstar Shah Rukh Khan's movies. She uses these quotes to explain financial concepts that are hard to grasp. There's one from the hit film Kal Ho Na Ho - which translates to "whether there is a tomorrow or not" - to emphasise the need to buy life insurance.

It all boils down to one mantra - "finance that's simplified", Ms Ranade says.

It's exactly what India's young investors are after. Millions of them opened trading accounts during the pandemic to participate in the market bull run, aided by investing services online.

But only three out of 10 Indians are financially literate, official surveys point out. And they are hungry to learn how to make an easy buck in the stock market, or the ropes of entrepreneurship amid a unicorn boom that's made overnight billionaires.

It's this sweet spot that's turned financial content into one of the fastest growing genres online.

"For Gen-Z and millennials, YouTube is a university now in India," says Ankur Warikoo, an entrepreneur-turned-"fin-fluencer" - or financial influencer - whose videos focus on personal finance, entrepreneurship and productivity hacks.

His massive popularity even got him a publishing contract last year, with his first book, Do Epic Shit, quickly becoming a bestseller.

While the perception is that he became a sensation overnight, Mr Warikoo says his journey as a content creator started nearly a decade ago. But the pandemic proved to be an inflection point.

"Suddenly, there was a rise in high-quality content being offered by a lot of creators. There was an audience with time and money at hand, and a market that was extremely supportive," Mr Warikoo says. "If this was a bear run, you would struggle to put your point across."

It was "a potent mix" of enabling factors - cheap data, growing internet penetration and the shift among India's Gen-Z and millennial population from TV and print to digital video - that led to this success, Mr Warikoo explains.

He adds that the topic - money - especially resonated with young Indians: "It's something that we all wish to understand but have very rarely been given an opportunity to [understand]."

For years, India has had several business channels broadcasting real-time financial market news. But they largely cater to traders and institutional investors, rather than first-time investors.

That's a gap in the market that many of the YouTubers have successfully been able to fill.

And because of their success, they are now being wooed with big money from advertisers and brand managers. According to Forbes magazine, top influencers can earn as much as $20,000 for a single branded video.

Experts laud the fact that financial education is now more accessible, but they also advise caution.

While business news channels are strictly regulated, most digital content creators operate in a grey zone. Ms Ranade and Mr Warikoo do not recommend individual stocks, but many others do, often without the necessary expertise or qualifications.

"When it comes to slightly finer issues of long-term investing, I would trust people who have been through a few market cycles. Right now while this digital phenomenon has overtaken us, everything has only gone up," says Govindraj Ethiraj, a former editor at a business channel, who now runs a fact-checking website.

After a two-year bull run, Indian equity markets are experiencing a lot of volatility with billions of dollars of foreign money being pulled out of the country.

So the next few years, Mr Ethiraj says, will be the first test of whether the success of India's new money influencers is enduring or merely ephemeral.

•Wheat consumption is projected to reach 76.5 million tonnes by 2025, with 63.4 per cent of this expected to be imported from outside of the ...
Business
5 days ago

Make sure your new phone number can receive SMS or phone calls and has an active cellular connection.
Sasa
5 days ago

Plantain is a simple, versatile dish that can be served as a side with lunch, dinner, or as a main.
Sasa
5 days ago

Bake for 55 to 60 minutes, or until a toothpick inserted into the center comes out clean.
Sasa
5 days ago