Millions of iPhone users could get payouts in legal action

It is an opt-out claim, which means customers will not need to actively join the case to seek damages.

•He claims Apple introduced this tool to hide the fact that iPhone batteries may have struggled to run the latest iOS.

•It is an opt-out claim, which means customers will not need to actively join the case to seek damages. 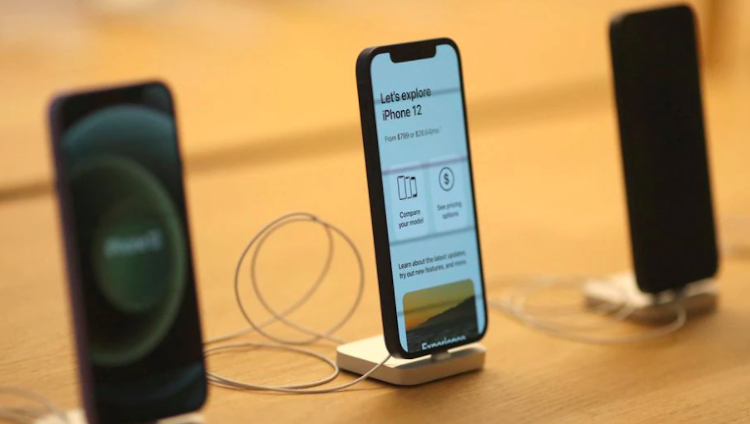 Millions of iPhone users could be eligible for payouts, following the launch of a legal claim accusing Apple of secretly slowing the performance of older phones.

Justin Gutmann alleges the company misled users over an upgrade that it said would enhance performance but, in fact, slowed phones down.

He is seeking damages of around £768m for up to 25 million UK iPhone users.

Apple says it has "never" intentionally shortened the life of its products.

The claim, which has been filed with the Competition Appeal Tribunal, alleges Apple slowed down the performance of older iPhones, in a process known as "throttling", in order to avoid expensive recalls or repairs.

It relates to the introduction of a power management tool released in a software update to iPhone users in January 2017, to combat performance issues and stop older devices from abruptly shutting down.

Mr Gutmann, a consumer champion, says the information about the tool was not included in the software update download description at the time, and that the company failed to make clear that it would slow down devices.

He claims that Apple introduced this tool to hide the fact that iPhone batteries may have struggled to run the latest iOS software, and that rather than recalling products or offering replacement batteries, the firm instead pushed users to download the software updates.

Mr Gutmann said: "Instead of doing the honourable and legal thing by their customers and offering a free replacement, repair service or compensation, Apple instead misled people by concealing a tool in software updates that slowed their devices by up to 58%."

It is an opt-out claim, which means customers will not need to actively join the case to seek damages.

In a statement, Apple said: "We have never, and would never, do anything to intentionally shorten the life of any Apple product, or degrade the user experience to drive customer upgrades.

"Our goal has always been to create products that our customers love, and making iPhones last as long as possible is an important part of that."

Apple has been haunted by so-called "batterygate" for some time although it has always insisted its intentions were honourable.

Its chief executive Tim Cook took the highly unusual step of apologising in 2018 to "anybody that thinks we had any other kind of motivation".

Critics say the update pushed people into buying newer devices as their older phones dramatically slowed down when carrying out fairly standard functions like Facetime following a software update.

Apple says the opposite is true - it was trying to extend their lifespan. The tech giant later offered discounted replacement batteries for iPhone 6 and above.

There are two broader issues here: one is the way in which gadgets in general become obsolete comparatively quickly, as they become unable to handle the latest and most advanced software updates that drive them.

The tech firms say these updates are essential to keep devices secure and working at their best but they soon outstrip older hardware - that is, slower processors and older batteries with less power.

As batteries age they need charging more frequently, and this is the second point: the more powerful a portable device becomes, the more power-hungry it becomes. The typical life of a lithium-ion battery is 500 charge cycles.

The claim by Mr Gutmann comes two years after a similar case was settled in the United States.

In 2020, Apple agreed to pay $113m to settle allegations that it slowed down older iPhones.

Thirty-three US states claimed that Apple had done this to drive users into buying new devices.

Millions of people were affected when the models of iPhone 6 and 7 and SE were slowed down in 2016 in a scandal that was dubbed batterygate.

At the time, Apple declined to comment, however, it had previously said the phones were slowed to preserve ageing battery life.

Claire Holubowskyj, an analyst at the research firm Enders Analysis, said issues like this may continue to crop up, given the technical limitations of ageing batteries.

"Technology in newer devices improves in leaps and bounds, not as a steady crawl, creating issues when releasing software updates which have to work on devices with often wildly different capabilities," Ms Holubowskyj said.

"Apple generates 84% of its revenue from selling new devices, making them reluctant to hold back updates to ensure older models keep working smoothly."

She added: "Until problems of devices and software updates outlasting and exceeding the capabilities of aging batteries are resolved, this challenge will recur."

The shift will allow Ferrari, known for its powerful combustion engines, to build "even more unique cars"
Sasa
7 months ago

Lemon blueberry avocado smoothie is such a delicious, easy, and filling breakfast idea.
Sasa
7 months ago

Night owls have an increased risk for mental health issues such as depression and anxiety.
Sasa
7 months ago

How we deal and react to it is all that matters.
Sasa
7 months ago

You can prepare them as starter before the main meal.
Sasa
7 months ago

Fillet is the flesh of fish that has been sliced away along its backbone.
Sasa
7 months ago

Walking is free, unlike mediations which come with a price tag and possibility of side effects.
Sasa
7 months ago
Post a comment
WATCH: The latest videos from the Star
by BBC NEWS None
Technology
17 June 2022 - 10:27
Read The E-Paper