The case alleges he violated California corporate laws in a number of ways.

•The case alleges he violated California corporate laws in a number of ways.

•He has tweeted several times that he was concerned about the number of fake accounts, or bots, on Twitter. 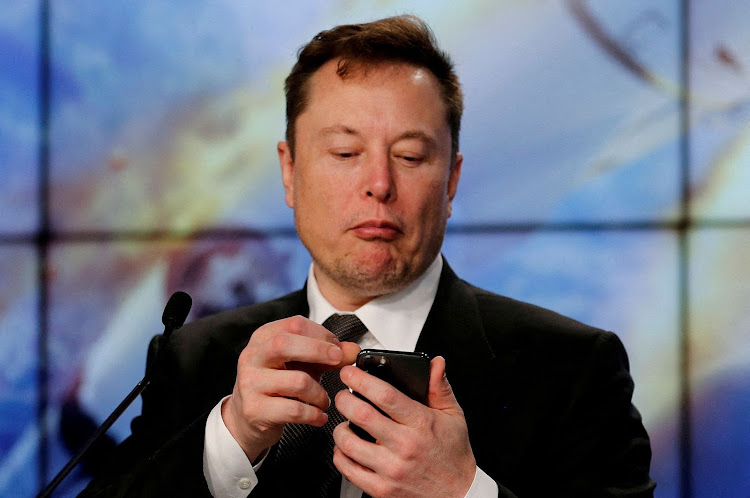 Twitter investors are suing Elon Musk and the social media platform over the handling of the billionaire's $44bn (£34.9bn) bid for the company.

The case alleges he violated California corporate laws in a number of ways.

It accuses the Tesla boss of "wrongful conduct" as his "false statements and market manipulation have created 'chaos' at Twitter's headquarters in San Francisco".

The lawsuit also claimed Mr Musk benefitted financially by delaying the disclosure of his significant stake in Twitter, and his plan to become a board member of the company.

It also claimed that several tweets posted by Mr Musk, who is a regular Twitter user with more than 95m followers, were "misleading".

It included a post in which Mr Musk said his takeover bid for the social media firm was on hold because of his doubts over the number of fake accounts on the platform.

The tweet on 13 May "constituted an effort to manipulate the market for Twitter shares as he knew about the fake accounts," the lawsuit said.

It also said Mr Musk "doubled down" on his allegations four days later, by stating on Twitter that the deal "cannot go forward".

On Friday, Frank Bottini, who is one of the lawyers representing the Twitter investors, told the BBC that the lawsuit was filed as Mr Musk "continues to disparage the company he wants to buy for $44bn in an effort to renegotiate the purchase price".

"The complaint we filed in San Francisco seeks to hold Musk liable for his unlawful conduct," Mr Bottini said.

Analysts have speculated that Mr Musk may be looking for ways to lower his takeover offer or walk away from the deal.

He has tweeted several times that he was concerned about the number of fake accounts, or bots, on Twitter.

A bot is a software programme that sends out automated posts and is often associated with misinformation on social media platforms.

Mr Musk has also hinted that he may seek to pay less for Twitter than the $44bn agreed with the company's board in March.

Speaking at a technology conference earlier this month, he said striking a deal at a lower price was "not out of the question".

The proposed class-action lawsuit was filed this week at the US District Court for the Northern District of California by investor William Heresniak, who said he was acting "on behalf of himself and all others similarly situated".

A class-action is a lawsuit that has been filed or is defended by an individual acting on behalf of a group of people.

Mr Musk's lawyers and Tesla did not immediately respond to a BBC request for comment on Friday.

Earlier this month, Twitter confirmed that two of its bosses who had been leading its consumer and revenue operations were leaving the company.

The firm has also paused most hiring except for "business critical roles".

Reaction video tool to roll out on Instagram’s reels

The trend will grow the recommendation of thousands of related clips on a single trend.
Sasa
1 month ago

The new desktop format will begin rolling this week.
Sasa
1 month ago

Twitter investors are set to vote on five stockholder proposals.
Sasa
1 month ago

Knocking about $66 billion off of Tesla's stock market value and putting the stock at its lowest level since August.
Sasa
1 month ago
“WATCH: The latest videos from the Star”
by BBC NEWS None
Technology
27 May 2022 - 09:51