The socks look and feel like normal socks, do not need changing and are machine-washable.

•The socks look and feel like normal socks, do not need changing and are machine-washable.

•They provide a steady stream of data to carers, who can easily access their patient's metrics on an app. 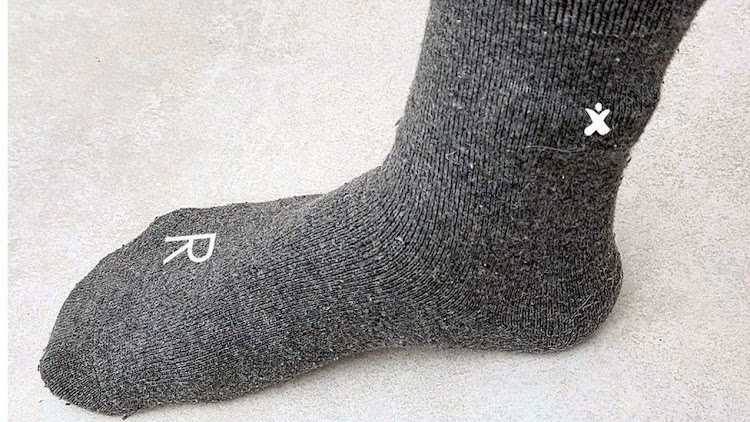 The socks look and feel like normal socks, do not need changing and are machine-washable

A university PhD student has invented 'smart socks' which sense when people with dementia and autism are in distress.

Dr Zeke Steer wanted to help after seeing his great-grandmother suffering with dementia.

Current alternatives are worn on wrist straps, which have been found to stigmatise patients or even cause more anxiety.

Dr Steer said: "The foot is actually a great place to collect data about stress, and socks are a familiar piece of clothing that people wear every day." 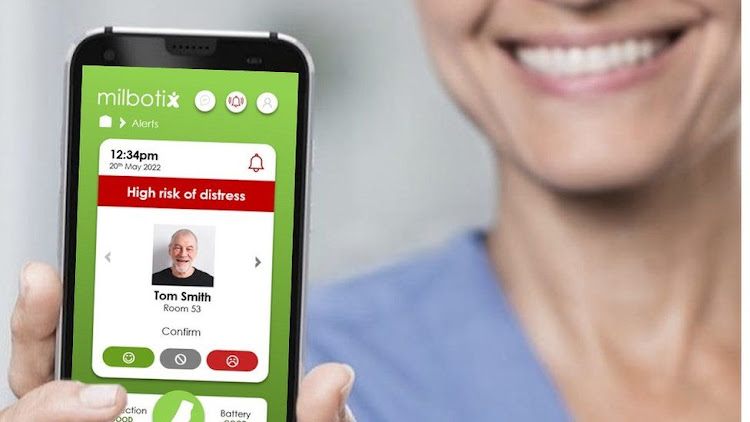 The socks look and feel like normal socks, do not need changing and are machine-washable.

They provide a steady stream of data to carers, who can easily access their patient's metrics on an app.

"This could really help not just those with dementia and autism, but their carers too," said Dr Steer.

He was working as a software engineer in the defence industry when his great-grandmother, Kath, began showing the ill effects of dementia.

Once gentle and with a passion for jazz music, Dr Steer said Kath became agitated and aggressive, and eventually accused Dr Steer's grandmother of stealing from her.

Dr Steer decided to investigate how wearable technologies and artificial intelligence could help with his great-grandmother's symptoms.

During the research, he volunteered at a dementia care home operated by the St Monica Trust.

"I came to see that my great grandmother wasn't an isolated episode, and that distressed behaviours are very common," he explained.

Fran Ashby, Garden House care home manager, said: "Zeke's passion was clear from his first day with us and he worked closely with staff, relatives and residents to better understand the effects and treatment of dementia.

"We were really impressed at the potential of his assisted technology to predict impending agitation and help alert staff to intervene before it can escalate into distressed behaviours.

"Smart socks can help enable people living with dementia to retain their dignity and have better quality outcomes for their day-to-day life," she added.

The Alzheimer's Society, which is helping fund the development of the socks, says there will be 1.6 million people with dementia in the UK by 2040.

Natasha Howard-Murray, senior innovator at the charity, said: ""Some people with dementia may present behaviours such as aggression, irritability and resistance to care.

"This innovative wearable tech is a fantastic, accessible way for staff to better monitor residents' distress and agitation."

Milbotix is currently testing the socks with people living with mid to late-stage dementia and developing the technology before they go on sale next year.

One in six of us experience a common mental health problem like anxiety and depression in any given week.
Sasa
1 week ago

A number of studies in recent years have demonstrated that our own body might be able to fight the disease.
Health
1 week ago

Plantains are very popular in Uganda and West Africa region.
Sasa
2 weeks ago
“WATCH: The latest videos from the Star”
by BBC NEWS None
Technology
10 May 2022 - 11:41