•Australian users were greeted with this message for several days in February last year. 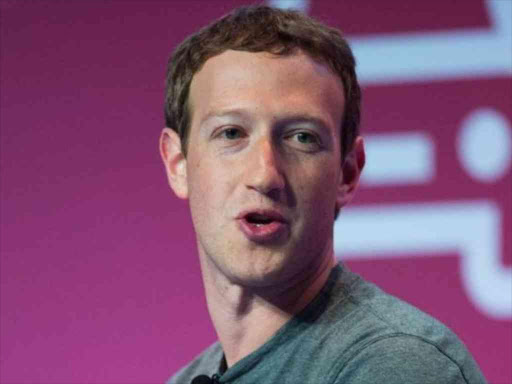 The social network moved to block all news outlets in Australia over a row about paying news providers.

Facebook says blocking other pages had been an honest mistake.

Former employees, backed by the Whistleblower Aid charity, say the company intentionally "over-blocked" Australian pages at a critical time to gain leverage over the Australian government.

"It was clear this was not us complying with the law, but a hit on civic institutions and emergency services in Australia," one employee who worked on the project said, in submissions to Australian and US authorities and reported first by The Wall Street Journal.

The high-profile row kicked off in February last year, when lawmakers were in the middle of voting on a landmark bill that would have forced social networks to pay news organisations for the content they used on their platforms.

The day after the first vote, Facebook took down all news pages in Australia - and many that had nothing to do with news.

Within days, the government struck a deal with the tech giant and the ban was lifted.

Documents provided by whistleblowers to the Wall Street Journal suggest that Facebook was making an effort to exclude government pages, and pages had their ban reversed within days.

However, they also reportedly show the company did not use its long-standing database of news organisations, but instead built a new "crude" algorithm that would label any page that shared 60% news content as a news provider.

Internal planning documents also allegedly showed that the takedown was pre-planned to be ready before an appeals process for errors - something that whistleblowers said was not a normal process.

Employees raised concerns on internal messages, the documents show - worrying about "the damage this is doing to Facebook's reputation" and urging a "proactive" fix.

In response to another post on employee concerns, a product manager wrote: "guidance from the policy and legal team has been to be over-inclusive and refine as we get more information."

After Australian officials agreed to change the law to effectively exempt Facebook from being forced to negotiate with individual publishers, the company's top officials congratulated staff, the WSJ reported.

Founder Mark Zuckerberg said it was "the best possible outcome in Australia", while senior executive Sheryl Sandberg praised the "precision of execution".

"The documents in question clearly show that we intended to exempt Australian government pages from restrictions in an effort to minimize the impact of this misguided and harmful legislation," a statement read.

"When we were unable to do so as intended due to a technical error, we apologized and worked to correct it. Any suggestion to the contrary is categorically and obviously false."

In this case, they used that power in a way that threatened public safety during fire season and in the midst of a global pandemic," she said.

A partnership between Whistleblower Aid and The Wall Street Journal was also behind the revelations of Frances Haugen, a whistleblower who provided internal Facebook documents on a wide array of issues last year which saw Facebook - and Ms Haugen - quizzed by regulators and politicians worldwide.

Gucci stores to accept cryptocurrencies in US

Gucci is the latest big name to announce that it will take cryptocurrency as payment.
Sasa
2 weeks ago

It is reported that this service will eventually be integrated into Facebook Live.
Sasa
2 weeks ago
“WATCH: The latest videos from the Star”
by BBC NEWS None
Technology
06 May 2022 - 17:00