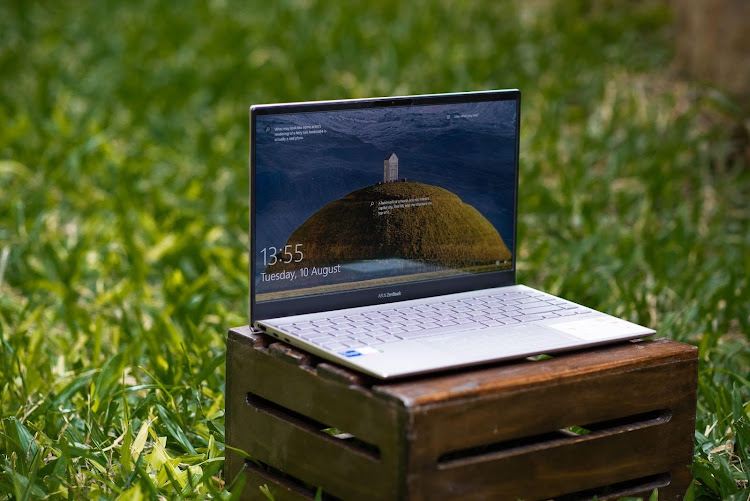 ASUS has been releasing a new variant of the existing lineup of ZenBook laptops with OLED screens. This new ZenBook 13 OLED is no exception either.

OLED tech is no longer new as several laptops have been released with OLED tech so far, however, what's great is when OLED is used in a compact ultrabook making it a great device for both work and entertainment. This is what you get with the ASUS Zenbook 13 OLED ultrabook.

The ASUS Zenbook 13 OLED boasts a compact, thin, and ultra-wide all-metal design measuring 13.9mm thin and weighing in at 1.14kg making it light and super portable. This is great for frequent travelers as well as people who move around with their laptops at home.

Ultrabook is equipped with a 13.3 inch OLED full HD display. The screen might seem relatively small to some however since it has a thin four-sided nano edge design, you’re getting plenty of screen real estate with thin bezels for a good screen-to-body ratio of 88%. It also has a 100 pc ip3 color gamut Pantone validated and can produce brightness at 400 nits. This means that you are getting a screen that is immersive, vibrant, and color accurate which is great for a wide variety of uses. For gamers, It’s worth mentioning that the Intel iRIS Xe graphics is proving to be a big step up in providing enough horsepower needed to play games without needing to settle for lower settings and having to sacrifice framerates.

Powering all of the ASUS Zenbook 13 OLED ultrabook’s awesome features is an Intel i5 1135g7 processor with Intel iRIS Xe graphics 8 gigabytes of RAM and a 67watt R battery. It takes heavy users into account with a battery life that can last up to 13 hours which is 5 hours longer than a typical workday.

It is also supported by an AMD RYZEN 5700U CPU, coupled with 32GB LPDDR4X at 3733 MHz RAM and 1 terabyte M.2 3.0 SSD. The sound won't disappoint because the ASUS Zenbook 13 OLED ultrabook’s audio system is certified by audio specialist Harman Kardon, to ensure immersive, crystal clear sound quality for work or entertainment.

When it comes to durability, the device has been tested to meet the ultra-demanding 810g US military standard for reliability and durability.

For connectivity, the ASUS Zenbook 13 OLED ultrabook supports fast wifi 6 Bluetooth 5.0 and USB Type C. It also offers seamless phone integration and connectivity which is great for work from home.

Although compact, the ASUS Zenbook 13 OLED is easy to type on thanks to its edge-to-edge keyboard which takes up the ultrabook’s almost entire width to accommodate larger keys with decent spacing. To add to its functionality, it also has a multi-function trackpad which has an illuminated numeric keypad that can be illuminated at the touch of a button along with a precision-engineered lift hinge that automatically lifts the rear of the ultrabook when it’s opened. The hinge feature is great because it allows for a more comfortable typing angle and the multi-function trackpad is great for people who have to crunch numbers frequently.

You get two thunderbolt USB 3.2 Gen 2 Type-C, one USB 3.2 Gen 1 Type-A, one HDMI 2.1, and one microSD card slot. That's fairly generous, except that there's no audio jack. It is not too much of a drawback because the ultrabook comes with a USB type C port to 3.5 mm jack to accommodate audio jack use.

For work from home users which is most of us these days, the ASUS Zenbook 13 OLED ultrabook comes with an AI noise-canceling feature for your calls which is great for those zooms, Skype, Google meets, and Microsoft teams meetings. You simply link your phone to your ASUS through the ‘link to my ASUS’ app for both apple and android users for seamless file transfer, screen projections, and other cool and convenient stuff.

If you are looking for a laptop that is light, portable, durable, and versatile enough to keep up with your day-to-day needs such as editing images, working, school projects, or gaming, the ASUS Zenbook 13 OLED ultrabook is worth checking out.