Charcoal briquettes introduced in Kilifi county to save trees

Move comes in the wake of charcoal ban that cost 30,000 residents their jobs

• For years, charcoal burning has been a key economic activity in Kilifi county, which contributed to major environmental degradation

• After the ban on charcoal, the county government has come up with new measures to produce charcoal briquettes, which do not require trees to be cut down 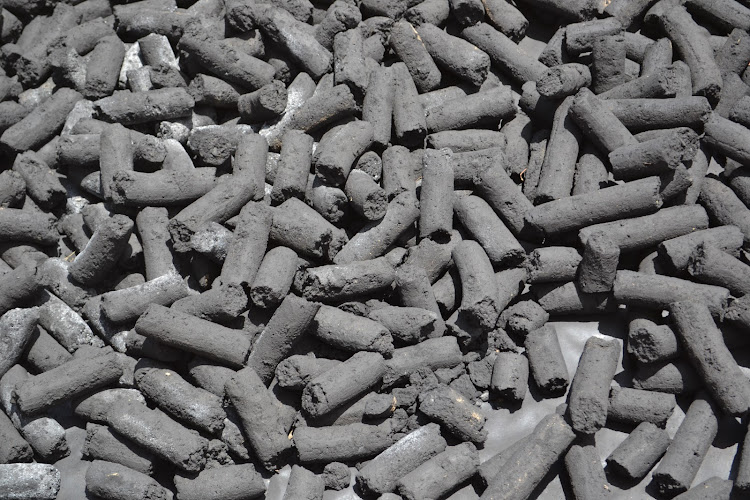 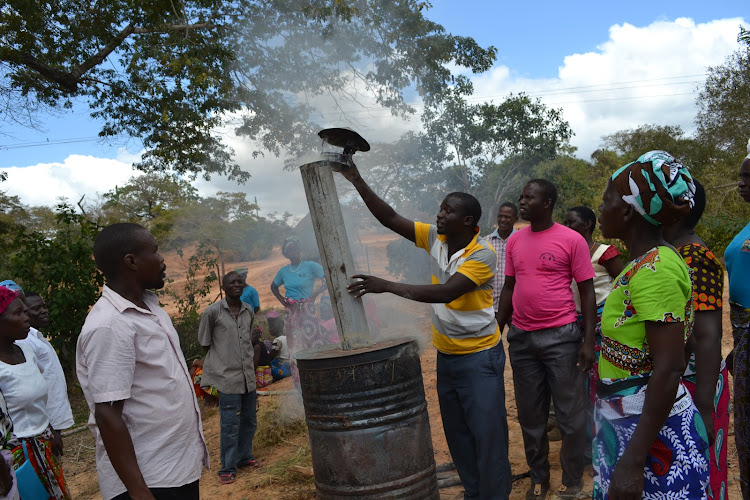 For many decades, residents living in the Dakatcha woodland forest in Magarini sub-county, Kilifi county, have been depending on charcoal burning as their main economic activity.

This forced them to cut indigenous trees, some as old as a century, to make charcoal. The destruction contributed a lot to loss and environmental degradation in Dakatcha woodland forest, which is a key international bird-watching area and home to unique bird species.

Little did residents know that tree cutting played a major role in perennial disasters, such as drought and floods. It was not until last year when the government moved in full force and imposed a ban on charcoal trade, that the community realised they had to look for alternative means of survival.

The ban contributed to huge losses, as the over 30,000 people who depended on the business lost their jobs.

Thousands of bags of charcoal were also left in the charcoal collection centres, as authorities no longer issue a transport permit.

Charcoal kilns in the forest and chunks of unpacked charcoal was banned by the authorities.

However, the residents have since discovered a new system of producing charcoal briquettes that is environmentally friendly.

On Sunday, journalists toured Marafa at the site, where the members of MPCA are producing the charcoal briquettes, and came face to face with the new technology. 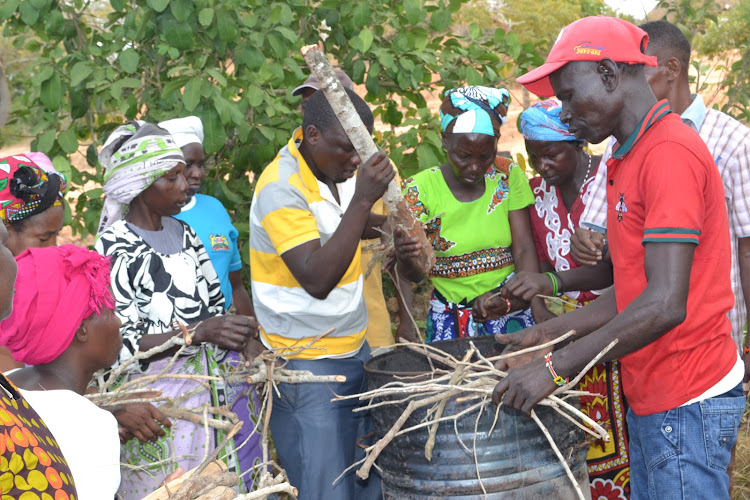 HOW THE SYSTEM WORKS

First, the members, who consist of men, women and youth, were trained on how to produce the modern charcoal.

Traditionally, they used to cut huge trees and set up a charcoal kiln deep in the forest, which would take several days and required close monitoring.

Rachael Katana, a member of Magarini charcoal Producers’ Association, said the new system does not require them to cut trees.

She said they only need small branches obtained during pruning of a tree, which they mix with grass in a big metallic drum. In their case, they use a large oil barrel.

Sidi said they place small sticks, cover them with grass, add medium-sized logs cut while pruning, and then place a bigger log at the centre.

“We then set a three-stoned jiko, light fire, it burns for some time, producing different colours of smoke,” she said.

At first, she said, the drum produces black smoke followed by white, and finally red smoke, which is the indicator that it’s burning inside.

“We then block all the passages with wet soil, put off the fire from the jiko and give it time to burn to near ashes,’’ she said.

When ready, they take the ash from the drum and grind it using a traditional grinder until it becomes fine, with no particles.

Sidi said they then mix ash produced from the drum with 10 jugs of water, and one jug of wheat flour and molasses.

The mixture is then boiled and, after becoming like porridge, is mixed with the fine charcoal ash.

Sidi said they then take the mixed material to the electric charcoal briquette maker, which produces the charcoal.

“The aim of this project is to conserve the environment and reduce the destruction of indigenous trees. We just do pruning and leave the rest of the tree to grow,’’ she said.

Currently, members of MCPA have begun to ad0pt the new system of producing charcoal.

MCPA clerk Hamisi Chengo said initially, they were engaging in serious charcoal production that caused the destruction of forests.

“But since the ban, we have opted for briquette charcoal making,’’ he said. 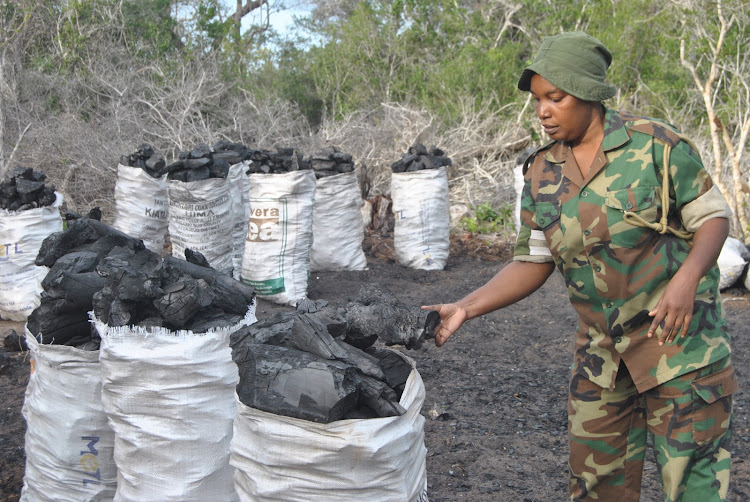 Chengo said they plan to get a market and sell the new charcoal briquettes which would be expensive and with higher financial benefits than the traditional charcoal.

A sack of charcoal from the traditional kilns would cost Sh300 despite the fact that the process was destructive and tiresome.

However, in the new system, the charcoal briquettes shall behold per kilo and the process is not time-consuming leave alone the challenges it has.

MCPA secretary general Rodgers Chea said the group started six years ago, and its aim was to ensure charcoal production was done in a sustainable way to conserve the environment.

They were producing charcoal within Adu Ranch, which borders Dakatcha woodland and engaged in planting trees.

Before the ban, he said, the organisation was doing well, as there were programmes to plant trees in schools.

"We came up with price regulations and ensured a small sack of charcoal, which used to sell at Sh200, was sold at Sh400. Economic livelihoods were transformed and members were keen on conservation,’’ he said.

Chea said after the ban on charcoal, residents lost 10,000 sacks of charcoal and are today still coming to terms with the losses.

He said the members had no storage facilities and all the charcoal was and is still lying in collection points, which are open and have now been destroyed.

“Some other people had taken loans and are not able to pay them back. It really affected our livelihoods,” he said.

Luckily for them, the county came to their aid through Governor Amason Kingi’s intervention, after he acquired the charcoal burner through the Energy department.

“We are now using charcoal leaves, small sticks and ash to produce charcoal that has no smoke,’’ he said.

The major problem is that all 3,000 members are still using one burner.

To them, it would be better if all members were given the burners to enable them produce large-scale charcoal briquettes.“

Environmentally, this project will help the community in conserving the environment in a big way as only leaves and small sticks,’’ he adds.

Kilifi Energy officer Wilfred Baya said the county has a lot of renewable energy and they plan to buy seven briquette machines and carbonisers all over the county this year. 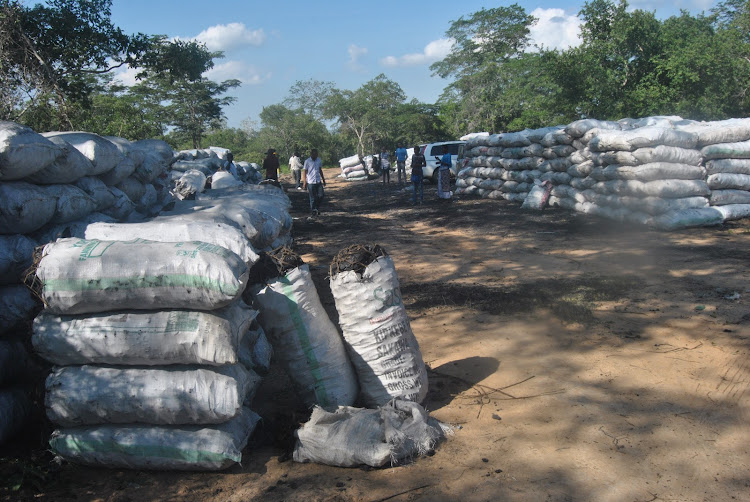 The aim is to empower women and youth groups and enable the county to get revenue.

“We plan to establish Kilifi County Briquette Cooperative Society that will deal with marketing and setting up prices,’’ he said.

The new technology of making charcoal briquettes, he said, uses waste from trees that are put in a charcoal carboniser.

Charcoal products are then put in the crasher and finally in the briquette, making machines to make the final product.

“We are planning a meeting with all MCAs to show them the new technology of briquette charcoal making machines and inform them the plans of forming a cooperative society,’’ Baya said.

If the idea succeeds, there will be restoration of the forest, which could play a major role in conserving the environment.

The county plans to roll out the programme all over the county to ensure maximum utilisation of indigenous trees and conservation of the environment. 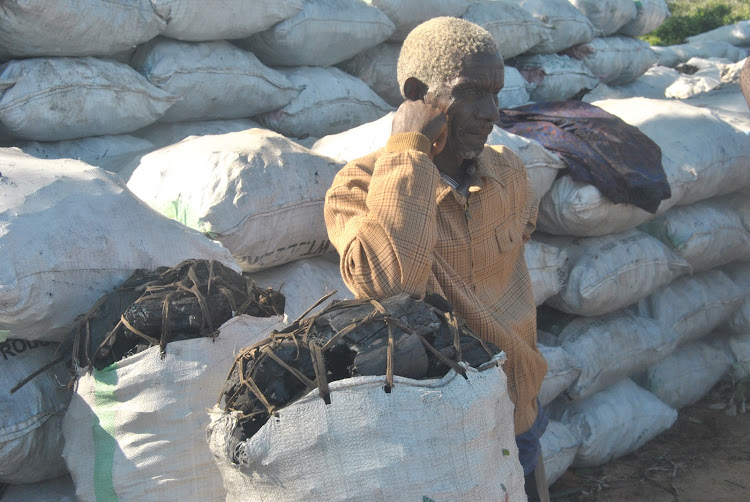