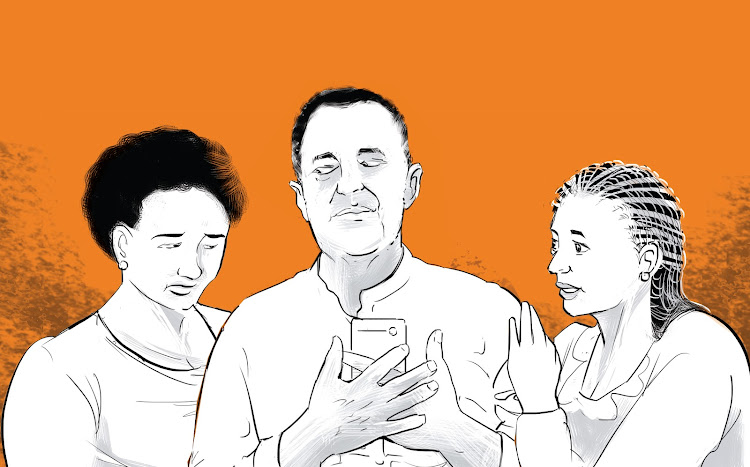 To many people, divorce may sound like a normal word but to other people, it might just be a damaging word to the heart.

Divorce is usually stressful to parents but takes a toll on children who feel frustrated scared and confused.

The consequences of divorce do not select whether you are a child or a grown-up because it affects you physically, emotionally and financially.

Divorce in a family may make children fault themselves and think they are the cause of separation and may end up blaming one parent for the separation and have hatred towards them.

Maina said that his parent's divorce made him feel that he was the cause of the separation.

“At that time I did not understand anything about divorce. I figured it out when I was much older. When my parents separated, it felt like I was the problem. Seeing them go through the process I could question myself why it happened to our family,” Maina said.

“We could go to church and thereafter go out and have fun in the parks, although it was not the same as before, it was something great to look forward to every Sunday,” he said.

Mary Eve said that her parent’s divorce made her switch schools, and home and lost all her friends.

“I had many friends at that time when my mother and father were together but when they divorced I was forced to change schools, to separate families  That is one thing I could never foresee in our future,” she said.

She said that her parents were supportive despite them going through a rough time trying to figure out how to co-parent.

Divorce is often accompanied by children moving schools, switching homes and living with one parent which makes it more stressful.

Faith Goko a psychologist and an advocate for Mental and Physical Disability at Healing Hearts organization said that as much as parents suffer the psychological effects of divorce, it affects children in a bigger way.

“When children relocate to live with one parent, it affects their self-confidence because they feel the family is not complete,” she said.

“If the children experienced a traumatic divorce from their parents in the past, it is likely that they suffer psychological effects in their future and end up as victims.”

She said the children may be worried and give up on their marriages because there is no reason to make them stay.

Goko said that unsolved childhood issues tend to crop up in marriages and therefore add up to many underlying issues which lead to divorce.

“Children are not quick to forget, the events they experience while they grow up play a big part in who they are going to be in future,” she said.

Analysis of the comparative data shows there was an increase in divorce cases in the previous year, ending June 2021 – 3,082 filed at the magistrate courts and 1,654 at the Kadhi courts.

A judge ruled Dawson killed his wife so he could continue his relationship with his teenage lover and babysitter.
News
2 months ago

‘Tired of each other’: Nasra, Rashid divorce

Apple Watch saves a woman buried alive by her husband

The husband wanted to keep his pension away from her.
News
3 months ago
Post a comment
WATCH: The latest videos from the Star
by PERPETUA ETYANG
Society
28 December 2022 - 07:35
Read The E-Paper