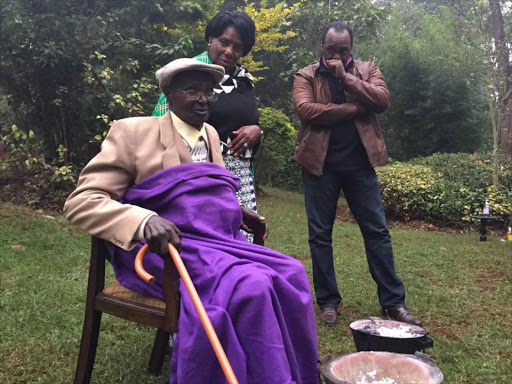 The family of the late Ex-Senior Chief Koinange wa Mbiyu gathered at Joseph Karuga Koinange’s Nazareth home in Limuru on Saturday, to pay homage to him for his exemplary service to the country.

The octegenerian is the son to the late senior chief from his second wife Julia. Karuga was the principal of Kenyatta University College between 1979 to 1981. He was also instrumental in the opening of Kenya’s first High Commission office in London after independence. During the thanksgiving event, Karuga asked the youth to take up Kenya’s leadership and asked elected leaders to shun corruption terming it “the source of

poverty in our country.”

Guests were treated to a sumptuous meal made of Kikuyu traditional delicacies.