How come-we-stay can come back to haunt you

You're presumed married after long cohabiting, can be sued for divorce

• No ring, no kids no problem. The court can still determine that you were married 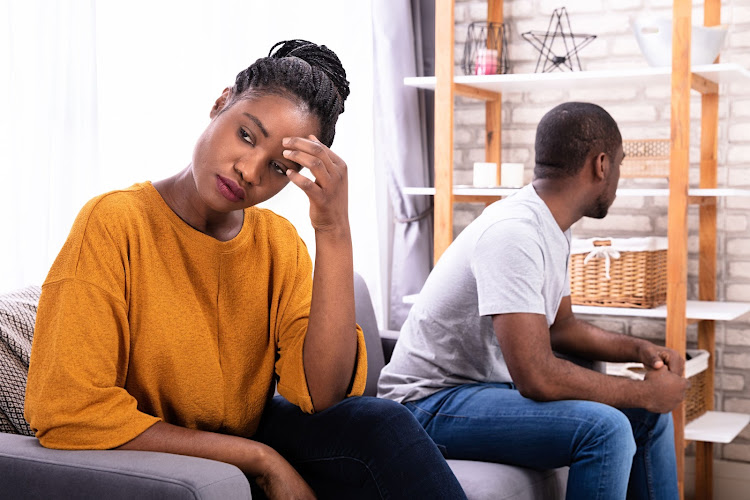 A couple face away from each other after disagreeing
Image: SHUTTERSTOCK

Presumption of marriage is one doctrine in family law that is often misunderstood. Everyone seems to have their idea of what it means and how it applies.

Presumption of marriage is a doctrine that courts apply in instances where a couple did not undergo any formal process to enter a marriage but they conducted themselves in a manner as to suggest they were married.

It often arises during divorce, division of matrimonial property and succession proceedings. It is invoked to ensure a party isn't disadvantaged due to their inability to prove the existence of a marriage.

For instance, in a succession dispute, a widow who did not conduct a marriage with her late husband but who lived with the deceased in a manner as to suggest they were married would not be denied the right to be next of kin.

So what, then, is necessary for presumption of marriage to be found? The two major elements are that the couple conducted themselves in a manner as to suggest they were married and that they were living together (cohabiting) for a lengthy period of time. A third element could be that they had children together, but that isn't compulsory.

Cases involving family matters are cited with the initials of the parties as opposed to their full names to protect their identities. The case in point is cited as BKG versus NWT and was an appeal case from the chief magistrate's court.

In the lower court, the wife sought to dissolve the marriage and the magistrate allowed the same. This was despite the husband denying that they were married. This prompted an appeal.

The husband agreed that they had had a relationship, but he contended that the wife had been married to someone else, and that upon realising this, he felt cheated and terminated the relationship.

On her part, the wife stated that she separated with her first husband in 2000 and lived with the second husband for 11 years from 2001 to 2012.

In a rejoinder, the husband agreed that they had cohabited, but stated that the period of cohabitation was only seven years, between 2005 and 2012.

On the first element, the court found that the two conducted themselves as husband and wife. In particular, it was noted that the wife had adopted the husband's surname in her national identity card. This led to the conclusion that they carried themselves as a married couple.

On the second element, each party had their own assertion as to how long they had cohabited. The husband stated it was seven years, while the wife said it was 11. It was the court's finding that, even if they were to go with the husband's assertion of seven years, this was a lengthy period. It was not a fleeting love affair. Based on this, presumption of marriage was upheld.

In the present instance, the couple did not sire any children together but the woman had five children from her previous marriage. As stated, having children isn't compulsory for presumption of marriage to be found.

It is worth noting that there is no specific time-frame for presumption of marriage to apply. It could be as little as four years or as many as seven. The idea that there's a set time-frame is wrong.

Socialite says she can do anything she wants for herself