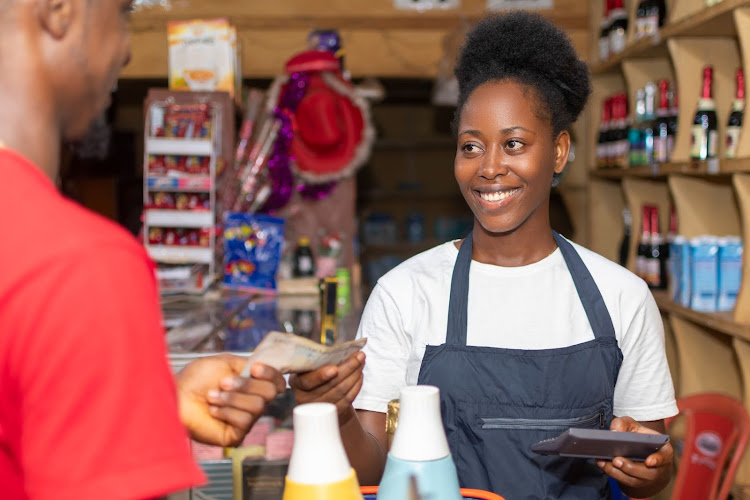 A client pays the cashier after shopping
Image: SHUTTERSTOCK

The reopening of schools after a rather long holiday marks the real beginning of a year everyone hopes will bring more money into their pockets.

2022 was marred by rising prices of all commodities. The general elections slowed down investments as both employers and the self-employed awaited the outcome of the polls. Rising prices and low investment contributed to a slowing down of the economy, which made jobs even scarcer for jobseekers.

Irene Nyambega, a housekeeping worker in Nairobi, feels let down by politicians. "We were deceived that the price of maize flour would be Sh100. We saw the cheap flour for a very short time then the price went back to normal," Nyambega says in a video. She is referring to the government-subsidised maize flour programme implemented in the weeks leading up to the August 9 election last year.

Manazi Manoa, a food kiosk operator at the Coast, says he had to downscale his business premises from larger premises to a smaller room because of rising costs. "Profitability is down because of the economic conditions," Manazi says.

The one thing that may provide a huge relief to Kenyans is the return of the school calendar to its pre-Covid schedule. Many Kenyans complained that the numerous closures and reopening of schools in 2022 made it impossible to save money. Schools revert to the traditional three-month term this year, which could give parents and guardians some disposable income to spend on other things.

Unlike previous elections, the 2022 polls have concluded without the tension that slowed down economic activity in the past. In 2023, there does not appear to be any political development that could slow down the country's economic recovery. Investors are likely to feel confident enough to embark on projects that will create jobs, especially for the youth.

Both large and small businesses are looking forward to receiving Sh700 billion from both the national and county governments. The money is for goods and services supplied as far back as 2015 but whose payment has been delayed. Without the money, many of the affected businesses closed down.

"I am aware that many individuals, families and their companies have been driven to ruin and forced to shut down over government unpaid bills," President William Ruto said in his inauguration speech. If the government comes through on its promise to pay the money, the businesses that collapsed will roar back to life. This will create more jobs, while increasing the demand for housing, goods and services.

Though 2023 offers glimmers of hope, the country is also subject to external events none of us can control. The war in Ukraine, now almost a year old, is largely blamed for pushing up food and oil prices.

A worsening of the war could result in further price hikes that will harm our economy. On the other hand, an end to the war will be good for Kenya as the supply of grains, fertilisers, oil and industrial machinery could return to pre-war levels.

Post a comment
WATCH: The latest videos from the Star
by GODFREY KIMEGA Communication Professional
Lifestyle
25 January 2023 - 05:00
Read The E-Paper